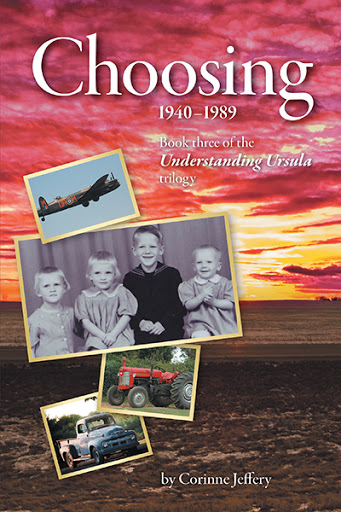 heart-wrenching story of five generations of the controversial and secretive Warner family.

Become reunited with Amelia and Gustav, meet their many descendants, and follow them

across the Canadian prairies from Saskatchewan to Manitoba and finally to Alberta.

In spite of relentless ambition and increasing prosperity, at every turn Gustav Warner is cursed by strife, upheaval, and tragedy. His own children seem determined to disobey him. He is still grappling with his eldest son's defiance that strikes at the very foundation of his beliefs, when his daughter Ursula dumbfounds him. Must he forever endure hardships that might break the spirit of ordinary men? Gustav's inexorable decision and unyielding influence over Ursula ultimately prove so powerful that she becomes her own worst enemy in order to take her secret to her grave. Still, it is not until his children's demands steadily compromise Amelia's peace of mind, and eventually her health, that Gustav is forced to make a choice that astounds them all, and no one more than his beloved wife.

Please use the existing ones from the extracted copy of Choosing

Corinne Jeffery was born in Saskatchewan in 1945 and raised in Manitoba from the age of five. A graduate of the Brandon General Hospital School of Nursing with a Bachelor of Nursing from the University of Manitoba, she is a former educator with Grant MacEwan College in Edmonton. After many years in Winnipeg, she moved to St. Albert, Alberta, where she has been a long-time resident with her husband and family. Choosing:1940-1989 is her third novel.