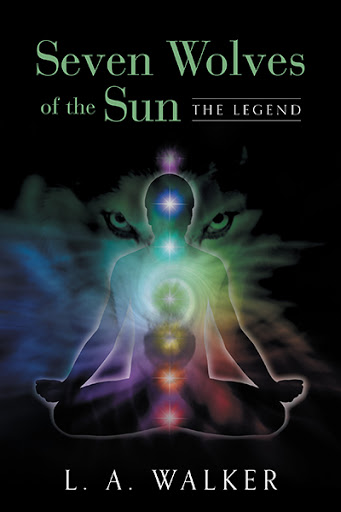 Seven Wolves of the Sun
The Legend
by L. A. Walker

Since the dawn of creation, Rhuna has held a secret deep beneath the Temple of Osiris - a malevolent force capable of bestowing immortality and unimaginable power to whomever possessed it. The Gods, rather than destroy all of Mythos to stop it, imprisoned the ancient evil and the one who created it. They separated Rhuna from the rest of Mythos leaving the land—and its people— to fade into legend.

Kian’Huard and Ko’Resh, heirs to the House of Rhuna, happen upon a mysterious cave while out on a morning ride. The lure of the cave is beyond natural, compelling the brothers to enter. Too late, they realize their mistake and are trapped. Their only hope is a perilous venture deeper into the mountain. Plagued with danger, the journey pits brother against brother, until the final trial—the awakening of the Sem Lukos Resh.

But the struggle does not end there.

Driven by the darkness that possesses them, their conflict continues until only one brother remains.

The barriers separating Rhuna from the world fall.

One fights to save his world, the other to conquer it.

Laurie was an inquisitive kid and a born storyteller! She apparently started talking at a young age and was quite adept at expressing herself. Our mom said she used to make up stories all the time when she was quite young, embellishing here and there about her life and her family. Her teachers were always curious to meet our parents as they had been hearing about Laurie’s creative version of our circumstances. Of course, this ensured she received the extra school supplies she had convinced them she was sorely in need of!

There are six kids in our family Laurie being the second oldest and I the third girl of 4 and then 2 younger brothers to round us out. When we were kids Laurie and I spent a lot of time together playing outside using our imaginations to build awesome forts, rafts to sail on the mighty Nogies Creek, fishing rods to go fishing, construct whole towns in the sand and walk miles to do more of the same with friends. She was a fearless tomboy who would try anything once, so of course I went along for the adventure, because back then you had to entertain yourself with your imagination. My sister was the best playmate, so I was rarely bored when school was out in the summer.

As Laurie got older her creative talents were displayed in anything she tried her hand at, which was many things, as she seemed to love the adventure of living spontaneously! I always admired that quality about my sister, as she was never afraid to manifest her talents in a variety of ways. She is one of those people who can do many things well; she is a Jill of all trades! She is the kind of person you would like to have present in a crisis situation because not only is she a nurse, she could build you a house, grow you some food, cook an amazing meal, decorate the most beautiful cake, sew you some clothes, serenade you with her trumpet and sing Karaoke with you…I think you’re getting the picture, right?

And even though Laurie had all those talents there was yet another one waiting to be explored. One that had been waiting patiently in the recesses of her inquiring mind…this book. I remember it was probably 15 years ago when Laurie first told me about this idea she had for a book, she was so excited about it. She had even written the first few chapters. She wanted me to read them and let her know what I thought. I read it over and thought, wow what an amazing imagination! I told her she should continue, as I’m sure it would be a best seller, plus I wanted to read it myself! However, as life goes other adventures popped up and begged for her attention and Laurie, being the spontaneous person that she is, had to shift her priorities leaving little space for book writing. Laurie’s enthusiasm and inspiration for getting the book done dwindled as a result, so she had to put the book on the back burner, however she left it on simmer and kept stirring it every once in a while.

Then one day some 15 years later it had simmered long enough and she was ready to add the rest of the ingredients. Inspiration and creative excitement once again compelled her to take whatever steps she needed to allow this story in her head to spill out onto paper and become an extraordinary tale of fantasy and adventure. A story that will take the reader on an epic journey in their imagination creating an alternate reality to escape to as they watch in their minds eye the adventures unfolding in a faraway land!

Laurie’s gift for storytelling, from when she was a little girl, has blossomed and grown into an intricate and complex imagination that she is now able to express within the pages of this book. I hope you have as much fun reading it as I did! Enjoy!