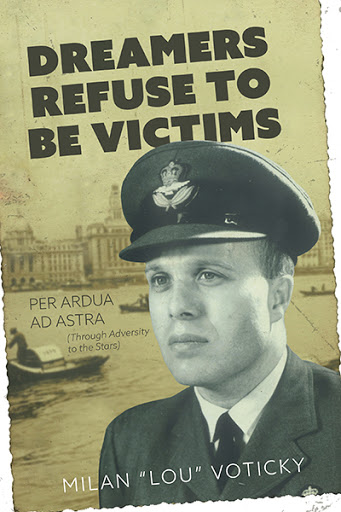 Upheaval. Flight. Terror. Insecurity. Milan Voticky and his family faced all of this when the Nazi occupation of Czechoslovakia in 1939 forced them to escape to Shanghai. Liberated from the Shanghai ghetto in 1945, the Voticky family made their way back to Prague, only to find themselves fleeing Czechoslovakia once again — this time from the Communists. When they finally found permanent refuge as in Canada, Milan swore that would refuse to see himself as a victim. He would seize every possible opportunity. In this, he finds common cause with the Dreamers, the 1,800,000 undocumented children of illegal immigrants in the USA who are covered by DACA. “As a two-time refugee from oppression and death,” Voticky writes, “I can understand the Dreamers’ fear of being sent to a country and culture that they don’t know or understand, where the language is one they do not speak, where they have no family or friends.” In addition to being the remarkable story of a remarkable man, Dreamers Refuse to Be Victims is a call to all those fleeing injustice to take charge of their own futures.

Milan “Lou” Voticky was born in Prague, Czechoslovakia in 1934. He fled with his family first from the Nazis to Shanghai in 1940 and then from the Communists to Canada in 1948. In Canada he served in the Royal Canadian Air Force and the North American Air Defense Command. Following his military career, he became a Navigator and then Pilot with Air Canada. He then launched a third career as a financial planner and investment advisor, and founder of a successful mutual fund company. Milan Voticky lives with his wife in Toronto.