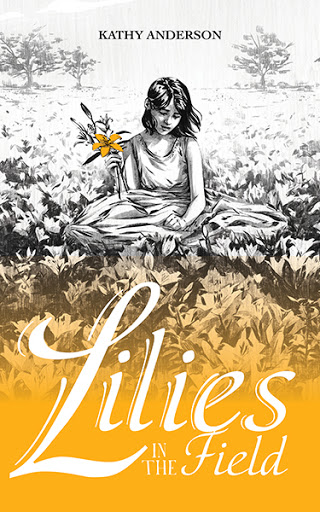 Lilies in the Field
by Kathy Anderson

Lilies in the Field is the story of Air Force Captain Kathy Anderson, from her idyllic childhood years as the daughter of an Air Force officer living in the Netherlands and Germany to her return to the United States to complete her education, grow in her spiritual journey, and establish a career in the Air Force. This memoir captures the details of a life whose path winds through spiritual highs and lows, discovering a vocation, embracing the challenges and opportunities of a military career in missile defense, and rising through the ranks of academia.

Along the way, Anderson’s sudden onset of mental illness threatens to derail her hard-earned career and her dream of academic achievement. Through a blend of humor and grace, Anderson invites readers into the events leading up to her first symptoms of schizoaffective disorder and recounts her ongoing struggles with seeking a diagnosis and finally receiving treatment. They will be plunged into her mind as she battles delusions and paranoia, bringing her to the brink of suicide as she struggles through setbacks and also strengthens her bond with her family as she discovers their shared struggles with mental illness.

The book’s three journeys, which span a career, a dark night of the soul, and the depths of mental illness, all converge as Anderson is able to find gratitude, practice her faith, and serve others with her remarkable story of recovery. Like the lilies in the field from which this book takes its name, Anderson’s story of hope, courage, and perseverance is beyond the things of this world and ultimately clothed in splendor.

"The first symptoms of Anderson’s schizoaffective disorder were sudden in their appearance. Anderson describes being plunged into a terrifying world ruled by delusions and paranoia and recounts being convinced that the government was out to get her. Broken in body and spirit, and with a long list of hospitalizations for schizoaffective disorder, suicidal ideation, and a suicide attempt, Anderson was discharged from the Air Force with medical retirement and benefits that allow her to get the help she needed, and also earn her doctorate.

Thoughtful in detailing Anderson’s personal links between God and the military, the book features the hyperreligiosity of Anderson’s delusional periods, depicting them as a “dark night of the soul.” Photographs of Anderson and her family are included—a personal touch in this satisfying book about a woman finding her way back to God, and to a life marked by meaning and purpose.

About life with schizoaffective disorder, the memoir Lilies in the Field is powerful in charting Kathy Anderson’s path to self-worth."

Kathy Anderson is a retired Air Force captain who holds a PhD in computer science from the University of Notre Dame. Born in the Netherlands, Kathy lived near Air Force bases in the Netherlands and Germany until age eleven when she, along with her parents and two brothers, moved to Waldorf, Maryland. With her sights set on a military career, she earned a BA in math from Villanova University while enrolled in the ROTC. Her work in missile defense spanned several states and command positions before she earned her master’s in computer science from the University of Massachusetts-Amherst, then went into the Civilian Institution Program to earn her doctorate. Today she is retired and living in South Bend, Indiana, where she focuses on software engineering, community service, and building the world’s largest jigsaw puzzle. Lilies in the Field is her first book.