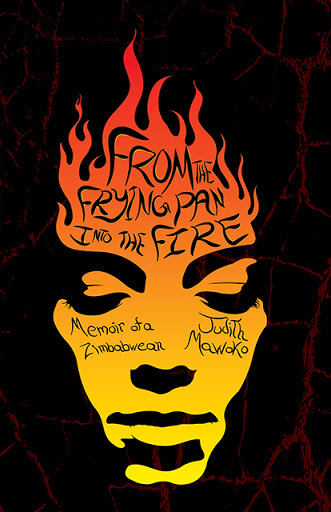 Told with clarity, humour and insight, From the Frying Pan into the Fire lets us look into the turbulent history of Zimbabwe through the eyes of a native Zimbabwean educator.

Born in a rural village in 1965, in what was then Rhodesia, young Judith grew up in a large and extended family of subsistence farmers. She remembers her early years as being carefree, peaceful and close to nature, and looks back fondly on village marriage celebrations, music, and dancing. Like most in her village, she is unaware of the fomenting resentment against white minority rule, which has seen the best farmland handed over to white settlers brought into the former British colony. This heartfelt social history takes us behind the scenes to show how families were separated, villages bombed and strafed, people starved, civilians massacred and indigenous sons forced into the Rhodesian army. It tells us about the barb-wired compounds built and encircled with landmines to keep villagers from giving food or support to the freedom fighters. This first-hand account takes us into the horror of the 15-year guerilla war that finally led to Zimbabwean independence in April 1980, a war that ended Judith’s childhood and thrust her into the realities of a brutal 37-year dictatorship that would see rampant corruption and civil strife, which is still widespread today. Teachers and students of African history will find a modern day Orwellian Animal Farm in these pages, one that shows no indications of democracy anytime soon.

Debut author Judith Mawoko arrived in Canada from Zimbabwe in 2001. She had earned a Bachelor of Education and taught secondary school English for several years before immigrating. She now teaches in Alberta. She hopes her memoir will inspire readers to face life’s challenges with hope, determination and resilience.