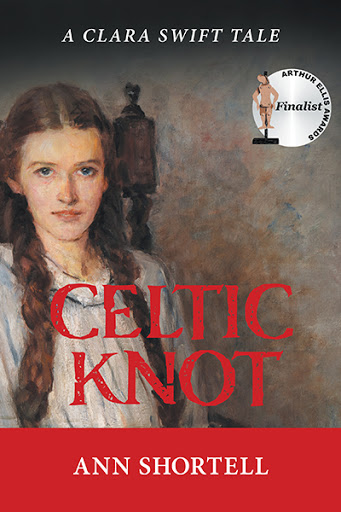 D’Arcy McGee is assassinated. As John A. Macdonald cradles his friend’s bloody head, he blames transplanted Irish terrorists: the Fenian Brotherhood. Within a day, Patrick James Whelan is arrested. After a show trial, Whelan is publicly hanged.

That much is history. Did Whelan do the deed?

What if Clara Swift, a mere slip of a girl, sees the trace-line of a buggy turn off Sparks Street, moments after the murder? What if housemaid Clara understands her dead mentor’s shorthand, and forges an unlikely alliance with the Prime Minister’s investigator? And ends up being trusted by the condemned man’s wife — and by Lady Agnes Macdonald . . .

It’s reimagining a crisis that tested a nation.

It’s history with a mystery.

And it all begins with a shot in the dark.

"Shortell . . . conjures a memorable heroine in Clara: Only 15 years old, she’s uncannily sharp and literarily astute but endearingly guileless . . . The author skillfully builds a suspenseful mystery, cautiously meting out just enough information to keep readers gripped by the plot . . . In addition, her prose can be elegant . . . the novel’s strongest selling point is its artful amalgam of historical scholarship and fictional drama—Shortell brings her meticulous research to vivid life. A thrilling and historically edifying period tale." —Kirkus Reviews

". . . Clara is a fascinating character. . . While she is intelligent and determined, she’s still young and inexperienced. She idolizes McGee and . . . leads his story through all its highs and lows with her own flair and determination.

McGee’s death doesn’t stop him from being a major character throughout the book. As Clara remembers him, his actions and thoughts resonate and drive her forward. . . Polished prose captures the tones and styles of the late 1800s perfectly . . .Since the narrative is entirely Clara’s, the ambiguity . . . Celtic Knot is unusual and engrossing historical fiction that winds plausible mystery elements into an ode to a treasured national hero." — Foreword/Clarion Reviews

". . . a suspense-filled fictional tale that chronicles the impact of a singular event at a turning point in a young nation’s development. It is a confident, meticulously researched, and superbly written tale. Shortell perfectly captures the language and atmosphere and ethos surrounding those momentous times. . . a well-told, gripping tale of murder and its aftermath." —Ottawa Review Of Books

"Celtic Knot is a story of hope, heroes, loyalty and patriotism, as seen through the eyes of 15-year-old serving girl Clara Swift, a bright, engaging character. The focus is on the impact of a true event at a turning point in Canada’s political history . . . Clara is the fictional creation of author Ann Shortell—and a perfect foil . . .Celtic Knot is a lively mixture of historical fact and literary drama, peopled with well-rounded characters and details of the time . . . elegantly written in polished prose, with an all-pervading sense of place . . .. The story remains one of the great murder mysteries in Canadian history." —Historical Novel Society 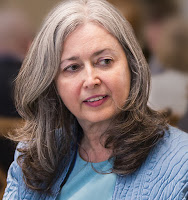 Ann Shortell was born in Kingston, Ontario, and raised on legends of John A. Macdonald, and of her Celtic ancestors. In a previous century she was a business journalist and author — and won an award or two. She wrote Celtic Knot in homage to the Irish storytelling tradition D’Arcy McGee embodied. She thanks Crime Writers of Canada for selecting Celtic Knot, her debut novel, as a 2017 finalist for the Unhanged Arthur Ellis Award for Best Unpublished Crime Manuscript. She lives in Toronto with her husband.

Celtic Knot has been nominated by our staff as one of their favorite books.