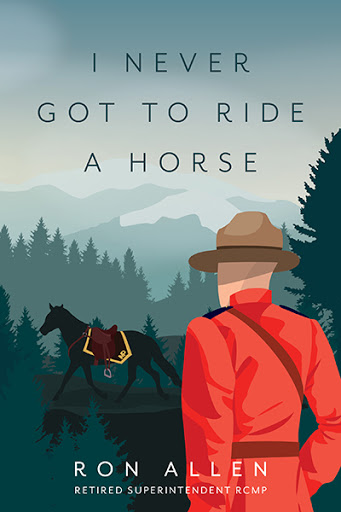 I Never Got To Ride A Horse
by Ron Allen

Ron Allen spent thirty-five years with the RCMP, during which he progressed through the ranks from rookie drug enforcement investigator to commander of the largest drug enforcement team in Canada. His career took him from the streets of Toronto to postings in the Yukon and Cape Breton. He also worked on international drug cases covering many points on the globe. As his career progressed, so did the drug trade, with seizures growing from grams and ounces to pounds, kilograms, and tonnes. This memoir recounts several of the cases in which Ron was involved, blending real-life incidents with a strong dose of humour—including the time he was sued for allegedly shooting a member of Parliament!

Ron also reflects on the challenges of drug enforcement, the pros and cons of legalization—particularly cannabis—and whether Canada is accomplishing what it set out to do with the nation’s drug enforcement mandate. The book concludes with his personal views on some of the problems currently facing the RCMP and why, in Ron’s opinion, the Mounties’ scarlet tunic has lost some of its lustre. Current and retired members of the RCMP will enjoy this book, as will anyone with an interest in law enforcement, past and present, and those who are concerned about the future of Canada’s national police service. 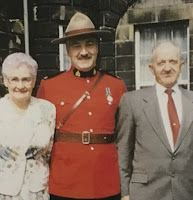 Ron Allen served with the RCMP for thirty-five years, including twenty-five years in drug enforcement, eventually leading the largest drug section in the RCMP’s history. In addition to drug enforcement, Ron spent considerable time educating youth and adults about the dangers of drugs and drug abuse. Now retired, Ron lives in Guelph, ON, with his wife Agnes.