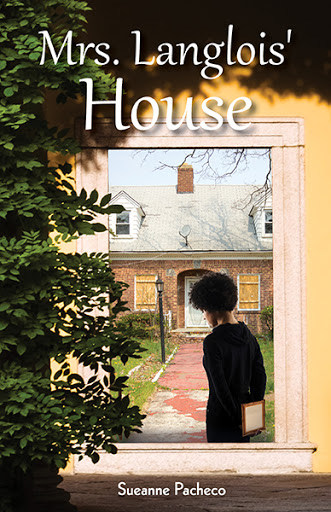 Nix Baines is seventeen years old, and she is displaced and alone. Neglected by her workaholic mother, lacking friends, and haunted by vivid manifestations of her own unexplored emotions, her life seems to be spiralling towards destruction and self-hate. However, there is one place in her small world where she feels safe and secure: the home of Mrs. Langlois, a mysterious older woman whose quirks and vulnerabilities seem to mirror Nix’s own. More connected than either of them can possibly know, the two women launch into a turbulent relationship that exposes the deep, intergenerational wounds of family and societal pressure. Battling respectively on the existential edges of adulthood and old age, Nix and Mrs. Langlois must learn to coexist in order to share the internal wisdom that can heal them both.

Deeply emotional and filled with the subtle, raw details of what it is like being a lonely human in a world of expectations, Mrs. Langlois’ House is a powerful story about overcoming fear and opening one’s heart.

"The writing is sophisticated and often deliberately ambiguous, shifting scenes abruptly and using language that leaves doubt as to where reality ends and Nix’s emotional projections begin. Straddling the line between hallucination, magical realism, and the ordinary hormone-fueled weirdness of adolescence expands sympathy for angry, confused Nix and keeps the plot sailing along. Dialogue is gritty, realistic, and doesn’t edit out four-letter words....

"In her debut novel, Pacheco shows great sympathy for alienated youth and other outsiders, such as Beatrice Laird, a homeless Irish-Canadian man who works in Mrs. Langlois’ garden.... Pacheco explores these conditions in illuminating ways, as when Paula’s physical condition echoes Nix’s fears about herself.

Sueanne Pacheco is an author who resides in Toronto, Ontario. Her desire to be a writer has remained a lifelong goal. She finds herself inspired by the time she spends with her family and friends, and by her observations of the experiences of women, especially in regards to cultural expectations and the desire for independence. She also reads prolifically, which lends to her insights on the many ways that inner worlds can be expressed. Sueanne’s own keen ability to empathize with her characters brings a special depth of emotional realism to her work. When she’s not writing, she enjoys jogging, watching films, attending theatre events, and appreciating the calmness of the suburbs, all of which allows her the time and space needed to reflect upon life. Mrs. Langlois’ House is her first publication.