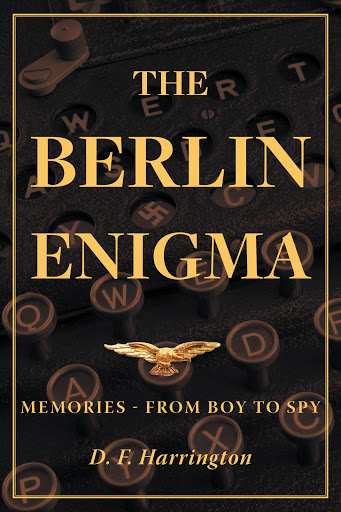 The Berlin Enigma
Memories - From Boy to Spy
by D. F. Harrington

As John Harrington grew older, he sat down with his daughter to share the story of his life. What she learned made her rethink the man who had raised her. The tale begins with his childhood in the Australian outback, and follows his immigration to England and enrollment in the British Forces in 1914. After being injured in France, he is hired by the British Foreign Office, which sends him to Berlin as a passport clerk in the 1930s. For the next ten years, he lives in a world of intrigue and espionage as the Nazi regime grows stronger around him.

This is a compelling inside look at the rise of Nazism in the 1930s, from subtle changes in the people’s everyday behaviour to Hitler’s sinister consolidation of power. It is an eyewitness account of an era we all read about, but rarely experience with such a personal touch. Having promised not to release the story until after his passing, D.F. Harrington now shares her father’s remarkable life, which will change the way we understand the Second World War and the impact one person can have on history.

"A remarkable peek into the ascendancy of the Nazi Party in Germany and the march to global conflict."

As a commercial pilot for twenty-three years in Northwestern Ontario, Darlene Harrington’s experiences ranged from being the captain of a King Air to writing newsletters for the local flying club and column for the Kenora Daily Miner & News. It was an exciting career with a different adventure every day, at times flying an injured child from a remote location in Canada’s far north to Toronto’s SickKids Hospital. Now retired from aviation, Darlene is sharing the many stories she has collected, starting with her debut novel. The Berlin Enigma is a memoir based on her father’s extraordinary life and heartfelt memories from both world wars, first as a soldier and then as a British spy. Darlene and her spouse, Rob, divide their time between Drayton Valley, Alberta and Kenora, Ontario, Canada. Darlene also enjoys painting, playing piano, gardening, and spending time with friends and family.