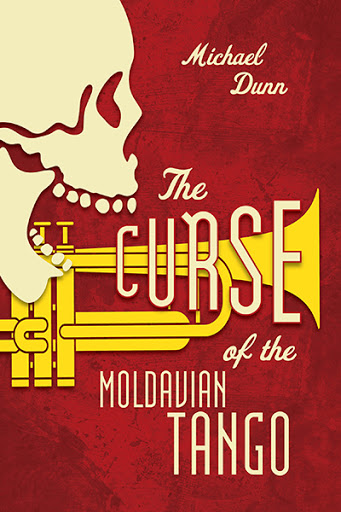 The Curse Of The Moldavian Tango
by Michael Dunn

Dizzy Pollen is at the top of his game as a jazz bandleader and trumpet player in 1930s San Francisco. When his group is booked for a multi-country tour of Europe, he sets out on what he knows will be the trip of a lifetime. The tour takes them to Romania, where Dizzy realizes he is just a few hours from his ancestral home in Moldova. Knowing little of his family history, he decides to investigate, and borrows a car in search of adventure.

After bribing a drunken border guard, his car breaks down in a small, isolated village. He is lucky to meet the area’s only English speaker, but soon realizes that the place is not what it seems. His arrival, it seems, comes just days before a ritual that happens there just once every seven years. In the dark of a moonless night, the villagers meet at an ancient castle. Dressed in elaborate costumes, an orchestra plays a single piece. When it ends, precisely at midnight, one among them will die. 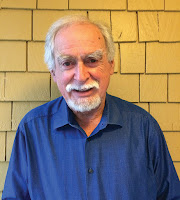 Michael Dunn is a musician and professional guitar maker with a lifelong love of music. He is fascinated with music’s ability to invoke the complete range of human emotion, from ecstasy to despair. He has toured France as a musician and served as an apprentice under two third generation guitar makers in Spain. Born in Sherbrooke, Quebec, he now lives with his wife in Vancouver, British Columbia. He is the author of Strings: A Guitar Maker’s Journey, which focuses on the early years of his career. This is his first work of fiction.

The Curse Of The Moldavian Tango has been nominated by our staff as one of their favorite books.