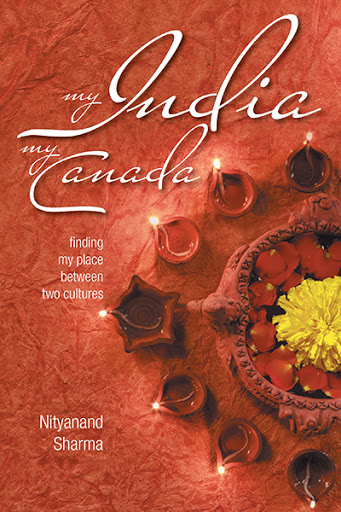 During Sixties, an English teacher in Jaipur, India, perceived that his wife, Kamla, who had only Matriculation, needs some training in formal dancing in banquets, and dinner table setting, before joining him in Canada. So Kamla got trained, before joining him after two years.

The story is from an immigrant's point of view, and all Canadians, and Indians everywhere should read this interesting story with beautiful pictures to enjoy, as the times are changed, but perspectives may still be the same for new comers. It's a great universal read. 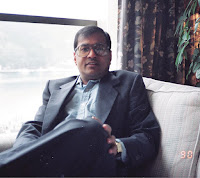 Nityanand Sharma arrived in Canada on September 9, 1968. He had a Masters Degree in Economics and Public Administration from the University of Rajasthan, Jaipur, India before he was awarded a scholarship by Brandon University to complete an Education 1 Diploma to teach secondary schools in Manitoba. He was granted a two-year visa –one year as a student and a second year as a teacher. He also earned a Pre-Master’s Degree in Education Administration during his career.

He was hired to be a teacher in a high school in Cross Lake by the Department of Indian and Northern Affairs Canada (INAC) in September 1969. He continued working for INAC in various capacities until his retirement as an Education Superintendent after 31 years of public service in October 2000.

After teaching in northern communities, Nityanand spent nine years in Thompson, Manitoba before moving to Winnipeg in 1985. His entire “Canadian life” has been spent in Manitoba. He was overwhelmed by the presence of a Hindu community in Winnipeg, and this motivated him to do volunteer work for the Hindu Society of Manitoba and to organize a workshop on Transcendental Meditation for the benefit of the federal school principals he used to supervise.

Nityanand Sharma has been a leader in the schools as a teacher and in the Education Office as an administrator and also a volunteer in the community. He loves Canada as his home.