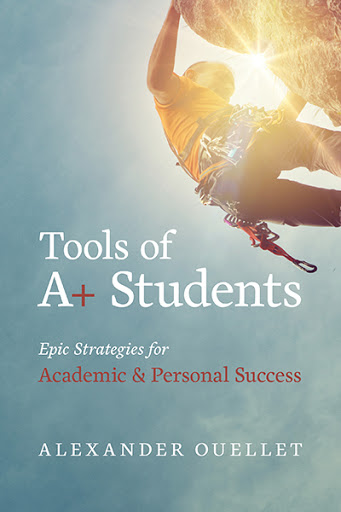 At just thirteen years of age, Alexander Ouellet had already hit rock bottom. Failing tests, getting into trouble at home and at school, and victimized by bullies, he felt utterly worthless and alone, as if he had no purpose in life. He fell into a deep depression, to the point of contemplating suicide. Recognizing he was on the brink, Alex reached out to his father for help. That decision marked the beginning of a healing process that utterly transformed his life.

With help from his parents, a life coach, the school social worker, and numerous personal development and success mentors that Alex encountered through books and videos, in just eighteen months, he went from failing to succeeding in virtually every area of life. His marks at school skyrocketed, he launched his own online business, the Super Student Program, and now he devotes his life to helping teenagers just like himself overcome their struggles and reach their full potential.

In this powerful book, Alex shares his remarkable story as well as the various tricks, strategies, and models he used to turn his life around. Whether you’re struggling with thoughts of worthlessness like Alex did, or you simply want to get more out of every area of life, get ready, because this book is going to change you!

''I have known Alex for at least 10 years. We've gone to elementary and high school together our whole lives, so i can easily say that i've seen his dark days first hand. I can even remember hearing his name being called on the PA to send him to the office...! It's no secret that he was a mischievous boy; however, those days are behind. It's awesome to see how much he has evolved as a person. I admire his desire to help others through his website, his youtube videos and now this book.’'

"Courageous. Passionate. Driven. There are many things one can infer from Alex’s words in this book and that many of us can surely reflect upon and learn from. His conclusions are wise beyond his years. But perhaps the most remarkable aspect of Alex’s work is that it all comes from his actual life experiences, learning by being the protagonist of his own trials and failure.”

"Alex is the most inspirational 16 year old that I've ever met.  In this powerful book, Alex openly and passionately shares his story of hitting rock bottom to transforming his life, now living on purpose and transforming other peoples lives. Alex is an incredible role model to not just teenagers, but also adults of all ages.  I highly recommend this book!”

• Stefan James (This guy made $150K in 1 week while traveling! Check him out @ www.projectlifemastery.com) 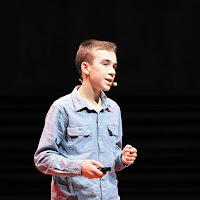 Not many fifteen-year-olds can say they’ve written and published their first book, but Alexander Ouellet can certainly add his name to that list. Following in the footsteps of his favourite personal development heroes, such as Robin Sharma and Tony Robbins, Alex is committed to helping his fellow teenagers transform their lives and become the best they can be. To that end, not only has he written this book, he has also launched his own website, www.superstudentprogram.com, and created dozens of videos and social media pages, all linked to his Super Student Program. Alex lives in Quebec City, Canada, with his parents, his brother and sister, and their dog, Saffi. He enjoys writing, building business ideas and plans, creating videos, editing videos, business, and marketing.