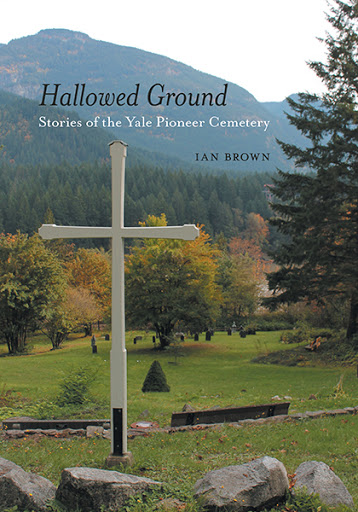 This book makes it easy with its compelling collection of stories about the people who are buried at the Yale Pioneer Cemetery, an antique burial ground “at a stopping point between Fort Langley and Fort Kamloops,” BC. Established in 1858, the Yale Cemetery offers final refuge to some 300 souls, many of them among British Columbia’s earliest pioneers, including immigrant railroad labourers who toiled and died building the Canadian Pacific and Canadian Northern Railways. Here lies Dr. Maximilian Fifer, murdered in 1861 at the hands of a patient who felt the physician has mistreated him; Ned Stout, who, when he died in 1924, included Yale’s 1858 gold rush and the 1880 construction of the CPR among the memories of his 100-year lifetime; and the Elley brothers, three of at least eight children taken by scarlet fever as an epidemic tore through the town in the 1880s. As for the more than 200 unmarked graves in the Yale Cemetery, Hallowed Ground unearths their stories, too. “Yale is the focal point of our realistic and romantic history,” a passerby wrote the Yale and District Historical Society in 1980. 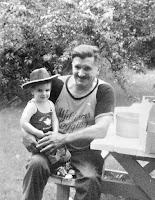 Ian Brown was born in Hope, BC, but considers Yale an important part of his upbringing. His grandparents, Lloyd and Dorothy Brown, lived in Yale for over forty years, and their love for the town was always evident to those around them. Lloyd stoked the same fondness for Yale and its storied past in his grandson Ian by reminiscing in the restaurant at Barry’s Trading Post, digging in the backyard with the help of a metal detector, and taking trips to local historic sites.

So keen was the interest Ian developed in history that he earned a degree in the subject. He found his focus in 2010 when the idea to research the Yale Pioneer Cemetery took shape in his mind. He launched the project in 2014 and, with the considerable assistance of Debbie Zervini at the Yale Museum and a number of supportive others, he finished it in 2017.

Ian lives in Abbotsford, BC with his wife, Anita, and their three children, Nathan, Laura, and Jillian. He returns to Yale whenever he can.