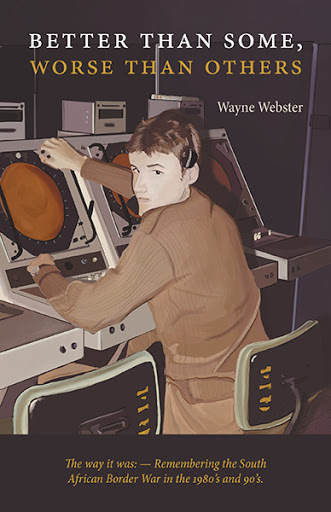 Better Than Some, Worse Than Others
The way it was: - Remembering the South African Border War in the 1980’s and 90’s.
by Wayne Webster

Not yet seventeen, Wayne Webster, along with many young men around South Africa, abruptly leaves a life of relative peace and tranquility to fulfill his obligatory military service duties during the South African Border War. He has no idea what the next two years will hold, and how they will change him forever.

After undergoing the hell of basic training, Wayne was trained to perform aerial reconnaissance and radar operation; he also becomes a skilled marksman and driver. He spent time as a radar operator before becoming involved in border patrols, including Operation Protea, the South African Defense Force’s biggest operation since the Second World War. Better Than Some, Worse Than Others includes a wide range of content, from everyday life in the military to the Second Boer War and the intense tension between English- and Afrikaans-speaking South Africans as well as the racial tension in South African townships during the referendum vote to hand over power to the ANC in 1992.

This fascinating personal account of the author’s teenage years in South Africa’s Air Force offers an appealing combination of first-hand experience and insights into broader cultural and historical themes. The author tells the story of the South Africa’s longest war with an awareness of the country’s deep-rooted cultural conflicts and often-traumatic history as well as an appealing touch of humor. 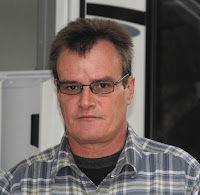 Wayne Webster grew up in South Africa and served as a radar operator and forward air controller in the South African Air Force during the 1980s and 1990s. The experience forever changed him. After completing his military service he worked as a Mining Engineer in both South Africa and Canada. He is an avid reader and is grateful for his family’s support with Better Than Some, Worse Than Others, his first book. Wayne currently lives in Canada with his wonderful wife.