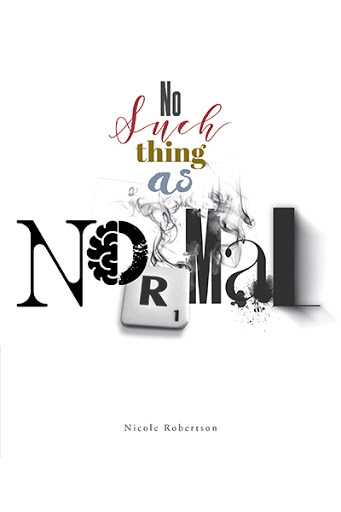 No Such Thing as Normal
by Nicole Robertson

“Some of us never fit in… some of us were never meant to...”

Life is miserable when you don’t know who you are.

Nicole Robertson might appear to have everything: a loving family, a solid education, scholarships to prestigious schools and a bright future ahead of her. And despite the difficulties presented to her as a young woman of West Indian descent living in America, she works hard and succeeds, time after time—for a while.

Because all is not quite right… and while she fights to keep up with the expectations her family and community hold her to—even in the wake of terrible grief and difficulty—her textbook life begins to crumble around her.

Join the young Nicole on her journey as she tries frantically to be everything to every person in her life—and learn with her, through the many trials she faces, that doing so means compromising yourself, almost always to destructive ends.

Because in the end, there’s just No Such Thing as Normal.

Nicole is a first-generation Canadian of Jamaican descent. Born in Montreal, she spent seventeen years living south of the 49th parallel with her family until, in 2006, she followed that still, small voice back to her native Montreal where she has lived ever since. She is an active member of the Wisdom & Life Apostolic Church of Jesus Christ, ever encouraging others to follow that still, small voice wherever He may lead. This is her first book.