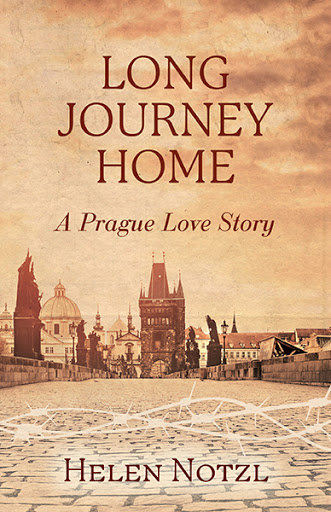 A four-year-old girl survives a harrowing escape across the heavily armed border of Czechoslovakia with her mother and brother after the Communist takeover in 1948. The family leaves everything behind to flee to freedom in Canada.

Years later, as a young woman living in Toronto, she finds herself drawn to the country of her birth and returns to Prague, along the way finding love, danger, heartbreak, and her family's legacy.

Helen Notzl's poignant memoir takes readers on a voyage between two starkly different and conflicting worlds - from affluence and fulfillment in Canada to passion and revolution in Prague. Must she choose between the two?

With intense drama, vivid narration, and brilliant detail, Long Journey Home tells the story of a woman's quest for those things that truly matter to all of us: love, family, identity and homeland.

"Helen Notzl writes movingly, with verve, passion, and skill, about the heart in exile, the lifelong search for home. Her book is a searing exploration of what it means to love two countries, two cities, two languages, and two men."

- Beth Kaplan, writer, teacher of autobiographical writing at University of Toronto and Ryerson University, author of All My Loving: Coming of Age with Paul McCartney in Paris, and True to Life: 50 Steps to Help You Tell Your Story.

Helen Notzl, B.A., M.S.W., is an executive coach and life coach. A long-time supporter of Canadian arts and culture, she was the founder of Toronto's Pauline McGibbon Cultural Centre. She lives in Caledon with her husband Walter Keyser, father of their son Adam. They travel several times a year to their apartment in Prague.