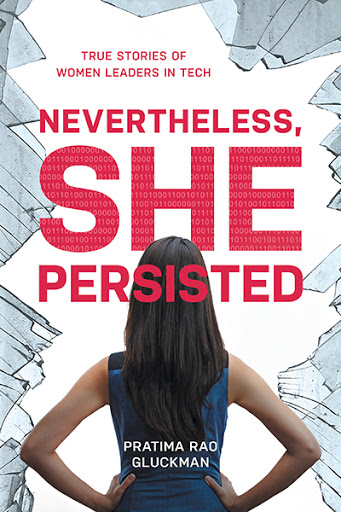 It is no secret that the technical world is a male-dominated space. From the cultural belief that Computer Science is a “subject for boys”, to the assumptions and discrimination women experience in the field, it can be challenging for women at every stage to thrive in tech careers.

Nevertheless, some high-performing women persist and succeed as leaders in tech despite the gender biases pitted against them. Pratima Rao Gluckman—a female leader in tech herself—embarked on a project to collect stories of the leadership journeys of such women. She wanted to know the details of these women’s stories, and how they accomplished their achievements. What influenced them during their childhoods? Who were their mentors? What successes and failures did they experience? What magical ingredients helped them thrive in a male‑dominated industry?

These questions and more inspired Gluckman to interview nineteen women leaders in several levels of technology industry, including VPs, CEOs and directors, all of which are collected in this groundbreaking book, Nevertheless, She Persisted. Whether you are a young woman thinking of a career in software, a middle-career or executive woman, a parent, or a man curious about the role gender plays in tech, this book reveals the secrets, successes, and hidden struggles that women have endured to become both highly accomplished in their technical skills and effective senior leaders in their organizations. Their stories are illuminating, intended to inspire generations of women and help free our society from the limiting belief that ability is somehow linked to gender.

"Nevertheless, She Persisted is highly readable, extremely insightful, and rewarding. By telling the stories of courageous, successful women who work in high tech, Gluckman validates the essential role of the woman in Silicon Valley in a memorable and very relevant way."

“Pratima takes you into the lives of the extraordinary women she features. Their stories are personal, but they include relevant life and career lessons for all of us.”

“We can all use the advice given here, wherever we are in our careers."

"The author is a perspicacious interviewer and skillfully extracts illuminating insights and fresh perspectives from her subjects." – Kirkus Reviews 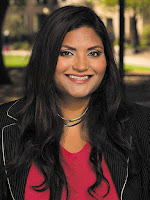 Pratima Rao Gluckman knew she wanted to be an engineer from a young age. When she took her first programming class, she fell in love and began on her career path. She attained a master’s degree in computer science (University of Texas at Arlington), a master’s degree in chemistry, and bachelor’s degree in instrumentation engineering (BITs Pilani India). After a few years working in the industry as a software engineer, she made the decision to move into engineering management. Leading came naturally for her, and currently, in her field of enterprise software, she manages a team of engineers. During her time in the industry, she has grown aware of the gender bias and related imposter’s syndrome that makes it challenging for women—including herself—to achieve their desired potential. From this realization, Nevertheless, She Persisted was conceived. It is Gluckman’s hope that this book contributes meaningful changes in the tech world so that many more women can enter careers as engineers and thrive to become effective leaders in their organizations.

She currently resides with her husband and three children in the San Francisco Bay Area.