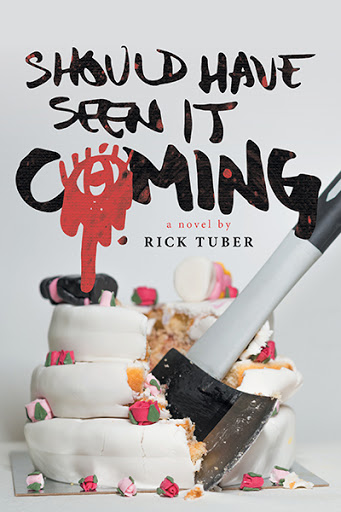 Should Have Seen It Coming
by Rick Tuber

Rick Potter, his three sons, and his second wife Cheryl live an idyllic life in sunny Southern California. Rick is a successful film editor, a car collector, and the owner of a beautiful family home, but little does he know that this is all about to change. When the eldest son, Nate, allows his fiancé Kendra to move in without Rick and Cheryl’s consent, things start to get messy. Prone to fits of rage, irrational demands, and shooting any cat with the unfortunate luck of wandering into the backyard, Kendra is a human powder keg, and she works hard at turning Nate against his own family. She also introduces other colorful characters into the fray, such as her deviant son, Bryan, as well as Rosie, her larger-than-life mother. Down on her luck and short on cash, Rosie devises a plan to rob the Potters blind with the help of two bumbling thieves. Drawn to the mess like sharks to blood, Bryan’s ex-con father comes back into the picture, as well as Tara, Rick’s lustful and manipulative ex-wife. With all of this trouble brewing on the horizon, Rick realizes too late that he should have seen it coming; now, a woman is dead, and there is no shortage of suspects, most of whom are family.

In this darkly funny drama, Rick Tuber brings us the story of the ultimate dysfunctional family. The narration is sharp and humorous, compelling you to laugh at the characters as much as you dread the consequences of their selfish choices and hapless actions. At its heart, Should Have Seen It Coming is a clever, cautionary tale about the tragedy that grows out of stupidity, greed, and revenge—but you can rest assured that you will chuckle the whole way through.

"Disparate worlds collide in Rick Tuber's "Should Have Seen it Coming," an absorbing whodunit populated with the most colorful characters this side of P.D. James. Clever and engaging."

--Gary Parker author of the award-winning thriller "The Fourth Order"

A hodgepodge of well fleshed-out, dysfunctional characters spill out of the circus car and onto the pages of this non-stop and quirky dark-humored tale. Tuber’s style is unique, crisp, and engaging.

5 stars!     Pamela Allegretto – author of Bridge of Sighs and Dreams 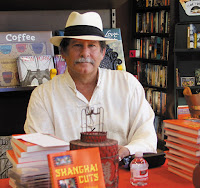 Rick Tuber is an author, film editor, and impassioned Yankees fan. He attended California State University, Northridge, and has been working in film since the 1980s, earning a Primetime Emmy award and an ACE award for best editing for a drama. By helping to tell stories through each episode that he cuts, Rick has honed his ability to develop realistic characters and set immersive backdrops in his writing. Should Have Seen It Coming is his second publication, following Shanghai Cuts: A Hollywood Film Editor’s Misadventures in China in 2014. He currently lives with his wife of thirty-five years and two sons in Southern California.