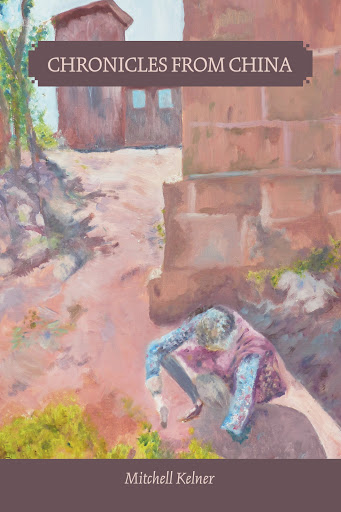 Chronicles from China
by Mitchell Kelner

Chronicles from China consists of messages sent by Mitchell Kelner to his mother during the eight years he made his home in China. He left Toronto in January 2007 and died suddenly in Shanghai on July 31st 2015 from a massive heart attack.

Mitchell and I had many talks and adventures at school and later when we lived in Toronto and were finding our way. He was very intelligent, kind, and wise, with a lovely sense of humour, an infectious laugh and a bright, generous spirit. He will forever be in my heart.

Mitchell was a man of many talents, which he constantly struggled to perfect. He was quite the linguist, and put enormous effort into becoming fluent in several languages including French, Spanish and most recently, Mandarin. He really was exceptional in this regard. He read, wrote and spoke Mandarin fluently to the astonishment of his Chinese friends. In his later years, oil painting was the pursuit he most enjoyed and delved into deeply. He said it was lonely work but it gave him great satisfaction and was a vehicle for dealing with his inner demons. He persevered with this until he could paint with considerable skill and was increasingly proud of his work. But his greatest gift was his facility for making friends from all walks of life and all corners of the world. People from the eminent to the lowly felt comfortable in his presence and in no time would open their hearts to him. I am extremely grateful that he was part of my life.

Mitchell was curious, perceptive, and talented. Since he had travelled extensively, he was able to make comparisons between the various places he had previously explored and his experiences in China. He was familiar with the struggles of the human condition through his own problems with depression. This gave him the insight to portray the people around him sympathetically, in their everyday surroundings. His status as both an insider and an outsider gave him a unique perspective on daily life in his adopted county. These chronicles reflect his commitment to capturing the sounds, smells, and sights he saw around him as he established himself as an artist in a faraway land.