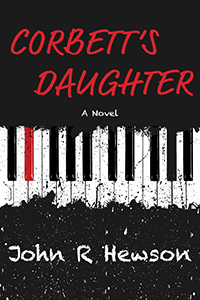 Daniel Corbett is playing piano in a Toronto restaurant during Sunday brunch and dreaming of his daughter, who just turned fourteen but whom he hasn’t seen for a decade. That’s because Corbett isn’t just a piano player. He’s also a parolee, a former heart surgeon who, ten years before, was convicted of slitting his wife’s throat. As Corbett works the keyboard, an attractive woman, Nora, strikes up a conversation and then requests “Happy Birthday” for her daughter, Ellie. He looks over at Nora’s table. Ellie is the picture of the daughter in his head. Same birthdate, same age, going by her middle name. Could she be his Becky? Nonsense. And yet . . . Nora is a single mom. After years of urging from her mom to find and marry a decent man, a benchmark for Ellie when she starts dating boys, who does Nora unwittingly pick? A man who murdered his wife! Nora will never date again! So much for Ellie’s benchmark—unless Corbett is innocent. Nora’s mom decides she’ll be the judge of that. No point sending away the last good man—unless she knows he isn’t. Thus starts the dance. Lies, half-truths, betrayal. Loneliness, bitterness, anger. But also, warmth, love, humour, guts, and goodwill. Is Corbett innocent? Is Ellie his daughter? Will Nora finally find the love and fulfillment she seeks? As Corbett struggles to prevail, he comes to suspect that family may not be so much about how you’re related as how you relate. 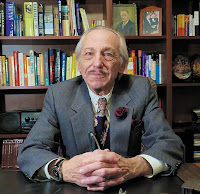 Dr. JR Hewson (“JR”) is a retired academic anesthesiologist and pioneer in Critical Care Medicine (CCM) who has done it all—clinical practice, teaching, research, and founding a worldclass intensive care unit. In his role as an intensivist/critical care physician, he has served as CCM’s national president (Canada), as its global secretary-general, and as a director on numerous boards; he has chaired countless medical committees and lectured across Canada and around the world. But there’s another side to JR, a creative side. Over the years, he has written three novels and a two-act play. In recent times, he’s become an award-winning actor in community theatre. Back in his college days, JR had a dance band, and he continues to maintain his expertise at the keyboard as the in-house pianist at a major hotel in Toronto. He volunteers as a tutor in literacy and numeracy at Literacy South Halton in Burlington and is the vice-president of its board of directors. Bottom line—JR loves words and ideas, mathematics, and music. Above all, JR loves people. He believes that we are, or should be, our brother’s (and sister’s) keeper. That’s why he volunteers and why he vigorously champions the transmission of intellectual life skills to his fellow citizens. JR lives in Burlington, west of Toronto, near the sandy shores of Lake Ontario. His wife, Barbara Jacobsen, an amateur writer herself and raconteuse sans pareille, lives in the bucolic town of Willow Beach on Lake Simcoe, 150 kilometres to the northeast. They have both become experts at driving through blizzards.