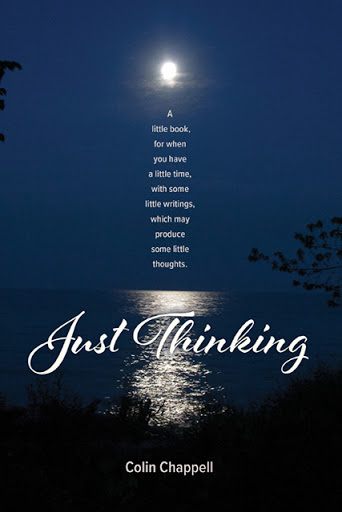 Just Thinking
A little book, for when you have a little time, with some little writings, which may produce some little thoughts. by Colin Chappell

This book is a compilation of short poems which are hopefully found interesting and thought provoking. It is ideal for picking up when you have a few moments to spare, or can be read in one sitting if so desired. Colin Chappell includes tributes to his beloved dog Ray; relationships; life’s journey, and people of the street. It is a collection of easy to read poems, which are clear and simple in both structure and in content. If any of them create an emotional response, then this book has served its purpose! 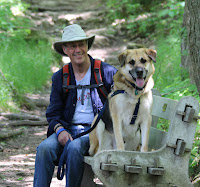 Colin Chappell was born in Birmingham, U.K., and emigrated to Canada in 1975. He is retired and has been writing for personal pleasure for many years. His first book, “Who Said I was up for Adoption?” (a story about one calculating dog and one unsuspecting human), was released in May 2016.

Colin supports a number of charities which focus on homeless youth, those suffering from emotional abuse, and those recovering from sexual exploitation. He has also volunteered in a variety of areas over the years, including in a hospital-based Crisis Intervention Unit.

He lives in S. Ontario with his partner Carol, and the hero in “Who Said I was up for Adoption?”, 75lbs of rescued German Shepherd/Rottweiler with an attitude… named Ray!