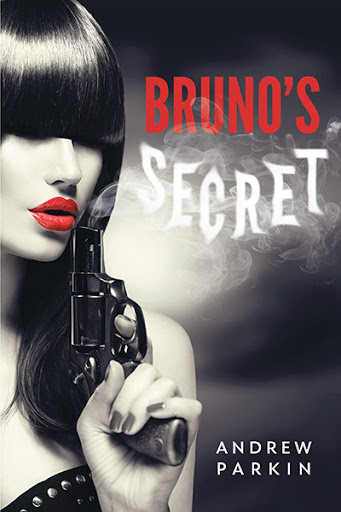 Bruno’s Secret involves Paris Control and the UK’s Solihull whose secret agents Kim and Miranda must discover whether Bruno is a double agent. Tracking Bruno leads the reader into the perils of lethal fanaticism among terrorists in France and Britain. Can the terrorists be caught or eliminated before they can destroy the lives of innocents and reduce to ruins ancient monuments in Europe?

Andrew Parkin has worked as a butcher, a delivery boy on a bike, a Russian Linguist in the Royal Air Force and a teacher in schools and universities. He has lived in England, Scotland, Germany, France, Australia, Hong Kong, and Canada. Arriving in Canada in 1970 he became a Canadian citizen after almost four years of residence in Vancouver, BC. His published books are mainly about drama, though he has published nine books of his original poetry and a previous novel, Private Dancers or Responsible Women. This novel showed how female agents working for security forces respond to terrorist attacks.

Bruno’s Secret tracks the fate of double agents such as the Cambridge Arabist Dr Westlake and Bruno himself. Andrew is now revising a third anti-terrorist novel to complete the trilogy.