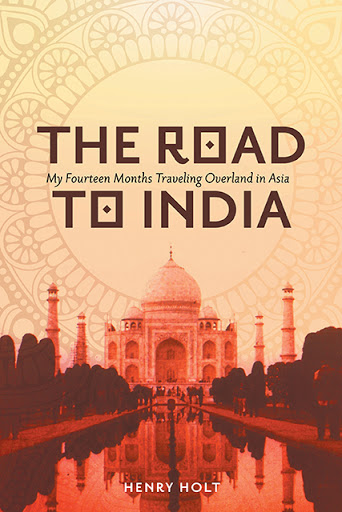 The year is 1961. After five months touring Greece, Egypt, and the Middle East, Henry Holt's next five months traveling through the heart of India led him to amazing adventures: two weeks in the jungle hunting a man-eating tiger, a hike through the "Unknown Territory" visiting the most primitive aborigines in India, and a trek to the top of 12,000 foot Sandakphu facing the four highest of the Himalayas including Mount Everest.

Then came the Far East. The people of Japan deeply impressed him with their culture, education, and friendliness: in stark contrast to the warlike military past of previous Japanese governments. He climbed to the top of Japan's beautifully symmetrical Mt. Fuji, at a height of 12,400 feet the tallest mountain in Japan with views of the land reaching all the way to the sea far beyond.

Since he was a boy, Holt dreamed about traveling to India. His determination to do so increased during his years at Dartmouth College. He joined the Army CounterIntelligence Corps with the agreement that following Intelligence School he would be a Special Agent in Germany. He knew that from there he could launch his journey into Asia.

After fourteen months in Asia as told in this book, he worked for the International Division of his company making it possible for him and his family, with four daughters, to live in Europe and be able to travel to Egypt and East Africa.

Retiring at 62, he continued his adventure travels with his solo circumnavigation of the world in a 35 foot sailboat. You can read about it in his book Around the World in Six Years.