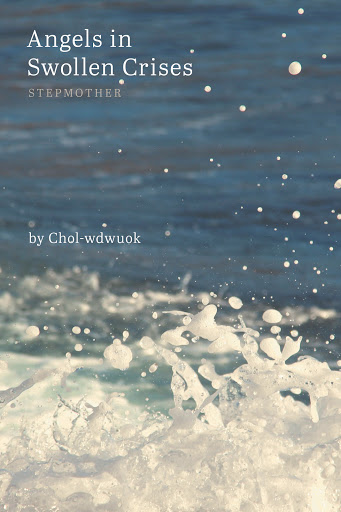 In November of 1991, with the Nile in flood, a breakaway faction of the Sudan People’s Liberation Army (SPLA) led by Riek Machar killed approximately 2,000 Dinka civilians in the southern Sudanese state of Jonglei in what would become known as the Upper Nile Dinka Massacre—as part of his power struggle with SPLA leader John Garang, Machar looked to exploit ethnic rivalries between the Nuer and the Dinka peoples.

This is the horrifying maelstrom that swept up and displaced Chol-wdwuok and his extended family and would, nine years later, land him in a Kenyan refugee camp south of Lokichogio. Chol-wdwuok was a young boy at the time, young enough not to have been conscripted as a child soldier by the SPLA, which routinely took children as young as 13. Of course, this brutal massacre was but one act in a much longer play, namely the Second Sudanese Civil War which raged between the SPLA and the Sudanese government, which in 1991, was represented by the Revolutionary Command Council for National Salvation (RCC) under General (and President) Omar al-Bashir.

The Second Sudanese Civil War was one of the longest civil conflicts on record, lasting 22 years from 1983 to 2005. Angels in Swollen Crises is a compelling nine-year thread (1991–2000) woven through the tattered fabric of bloody events that blanketed the region like a shroud. It is a story of unbelievable hardship and dislocation, following its narrator from childhood to young adulthood. 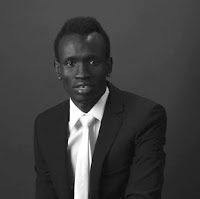 Chol-wdwuok was born in Jonglei State, South Sudan, in 1986, the eldest of Willow and Magak’s five children. His family scattered all over the State, when he was 5 years. In 2000, he moved to Kenya for education. There, he attended Kakuma Refugee school––––Fashoda Primary School where he got a Jesuit Refugee scholarship to Katilu High School, Kenya. After graduating from Katilu High, he applied for and got into World University of Canada, WUSC scholarship to University of British Columbia, UBC where he attained his Bachelor Degree in Mathematics and Economics.