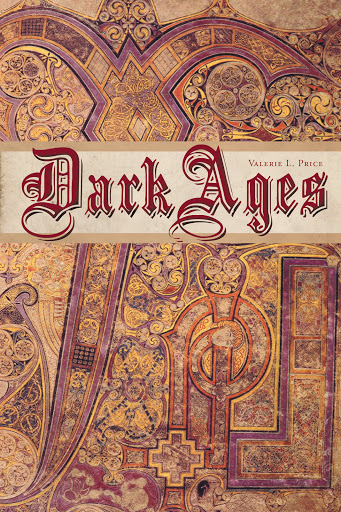 From the Holy Land and the long Crusades, to European kingdoms, 20th Century Paris, Venice, and New Orleans, Dark Ages sweeps the reader into a world of intrigue, danger, and timeless romance. Set in the Mid-Nineteen Nineties, in Southern Louisiana, Dark Ages opens a window into the subculture of Liatris, people upon whom vampire myths and legends were based. Anton Kierkegaard is a wealthy financier, trapped in a world of masters and slaves who are governed by their instincts, and by ancient laws as old as civilization. Into this world, he brings a young woman, Rachel Frederick. Held captive by powerful beings she cannot understand, Rachel becomes a pawn in the battle between coldly calculating creatures of the night, and the men who pursue them. Rachel must learn to survive at the center of a clash of cultures, questioning everything she has ever believed, even her own sanity.

"A well written story you'll want to hurry and read to see what happens next, but you'll also want to read slowly to savor the story. Great plot twists and turns!"

Valerie L. Price was born on the bayou and raised on the Gulf Coast. Her passion for science, history, and horses has been the driving force in her life. She attended Texas A&M University in College Station, Texas and the TAMU College of Veterinary Medicine. Her studies include biomedical science, genetics, English literature, early trade and warfare.