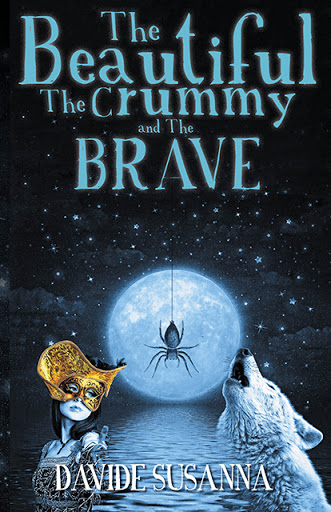 The Beautiful, The Crummy and The Brave
by Davide Susanna

SPIDER-VILLE is about an adorable 8 year old who loves spiders. JENNA's world becomes a special one when she turns into a spider and meets new friends in SPIDER-VILLE. Soon she witnesses the terror of SPIDER-VILLE the nasty villain FAT SAMUEL the centipede who rules the town. JENNA quickly comes up with a master plan to save her friends of SPIDER-VILLE, with the hope to finally rid of FAT SAMUEL.

THE SPECIAL GIFT is a story of a lonely princess who dreams of romance and freedom. Her father the King has made a mask of gold to hide her face from the world. Join PRINCESS ARIELLE’S adventure in her desperate search for romance and happiness.

Survival of the fittest, the WOLF and his gangs must raid the roosters den before winter arrives or they may not survive the long winter. How can the ROOSTER protect his family from the gangs of the big gray WOLF? Brute strength vs wits don’t miss this riveting story of THE ROOSTER AND THE WOLF.

MADISON’S an 11 year old talented Artist who loves hanging out with her best friends SARA and INDIA. At school she’s an introvert who loves to be left alone doing her own thing. Sadly, bullying’s a big problem in PARK AVENUE MIDDLE SCHOOL which has an effect on many students who are there just to learn. How will MADISON deal with the BULLYING problem in her school?

Davide Susanna a former Accountant, Entrepreneur, and currently a Building Service Worker. At last – Davide makes his debut as an author and soon more to come, but in the form of a screenplay. He’s not much of a morning person, prefers a good late-night workout with the punching bag and sometimes a night drive with his son Tyrone cruising to the dam, while sipping on a coffee. He enjoys catching a few episodes of Hudson and Rex, reminding him of his German shepherd’s ability to move in stealth mode to heist all the cookies on the coffee table. Davide lost his beautiful Elisabeth to cancer when his son Tyrone was 7 years old. A bursary has been set up in her name at Selkirk College. The award is presented annually to a graduating student.