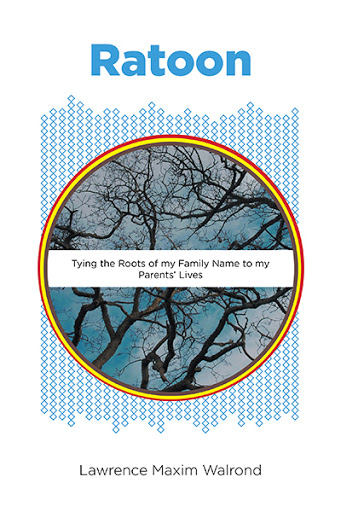 In Ratoon, Lawrence Walrond describes the quest for the history of his family name and for his roots. Unrelenting research takes him from 7th-century Germany through 11th-century France and England and eventually to 17th-century Caribbean countries. He links customs in ancient New Guinea to trade practices of Mediterranean states, and he follows the Walrond name from the battlefields of England across the Atlantic to the sugar plantations of Barbados, where African slaves adopted the names of English landowners.

From the history of world events, Lawrence turns to the recent past and pieces together his father’s biography using childhood memories, family photographs, interviews, and the man’s own diary and records. His father’s vocation as a successful elementary school principal in Trinidad is paralleled by Lawrence’s own equally effective career as a French teacher in Canadian secondary schools.

A unique blend of history, biography, and memoir, Ratoon explores the value of travel, how individuals relate to world events, what kinds of information are worth recording, and how we make sense of the past.

In a writing style both colourful and precise, with flashes of impish irony, Lawrence Walrond turns an affectionate memoir of his high-achieving father into an odyssey through time and place.

We accompany the author through English history from William the Conqueror to the Civil War. Slavery is described with a concise account from 8000 BCE to modern times, culminating in an explanation of the convergence of African and English slavery which created colossal fortunes from cotton and sugar.

With the “satiable curiosity” of Kipling’s Elephant’s Child, Walrond applies meticulous research into matters vast or intimate, persistently following every Who? How? and Why? emerging from his enquiries to its conclusion.

This is not just a Caribbean memoir but a book of unique style and appeal. 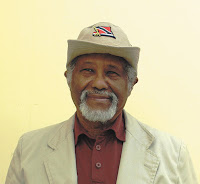 Lawrence Maxim Walrond was born in Couva on the Caribbean island of Trinidad. He received his elementary and primary education at the Couva Anglican School, where his father was the principal. In 1960, he graduated from Queen’s Royal College in Port of Spain. After working for four years as a junior civil servant, he migrated to Canada and attended McGill University. He graduated in 1968 with a bachelor’s degree in French and Spanish Language and Literature. His minors were Latin, Geography, and Philosophy. He has maintained a steadfast interest in these subjects as well as in history. He is also a graduate of British Columbia’s Simon Fraser University’s teacher-training program. In September 1970, he began a 40-year long career as a French and Spanish teacher in Nanaimo, on Vancouver Island, where he still lives with his wife Beth.