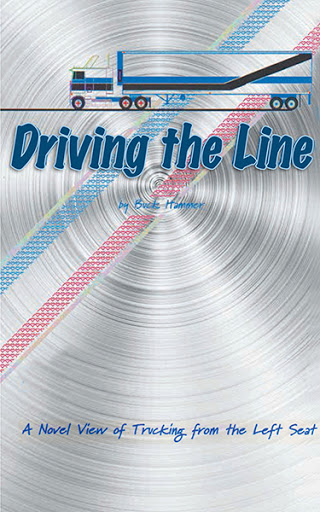 Since she was a young child, the beautiful Laura Halsey has wanted two things in life: to raise a family and to drive a truck like her father. Her father insists, “Women don’t drive trucks,” but she’s determined to prove him wrong — until he dies in a terrible accident when she’s only a teenager.

A week after her divorce is finalized, Laura, now 43, leaves her office job and enlists her brother Mark to help her fulfill her dream of becoming a truck driver. Facing harassment, demanding customers, a grueling schedule, careless drivers, and her own fears, Laura struggles to succeed in an industry vastly different from the one her father knew. But driving isn’t without its rewards — including the chance of finding love again in the form of fellow driver Bill Johnson, a smart, handsome widower. Both are drawn into a relationship involving a common problem: loving someone who can be miles away for long periods of time in a high-risk job.

Buck Hammer has been an owner-operator truck driver for 40 years, working in the refrigerated truck part of the business. He also worked with a large California Intrastate Carrier for 16 years as a local driver. In addition to trucks, he enjoys cars, planes, trains, boats, and just about anything else that moves. He’s also an avid camper and photographer. Buck lives in Southern California with his girlfriend of nine years and his two doggie daughters.