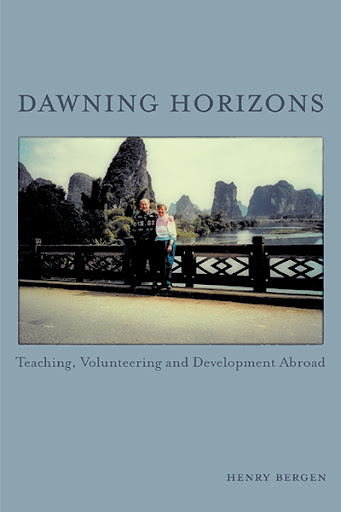 Spanning decades and continents, Dawning Horizons is a personal story – part travelogue, part political commentary. Bergen picks up from the final chapter of his first memoir, Four Years Less a Day – a WWII Refugee Story, and takes us to Africa and China.

Initially Bergen struggles to learn a new language, juggling school with making a living and fi nally pursuing his vocation. Initially teaching in Manitoba and Ontario, he then pursues his dream and joins Mennonite Central Committee’s Teachers Abroad Program. His life, lived in faith, takes him first to Malawi, where he meets his wife Bettie. With a dry humour, Bergen recounts the innovations of an inventor – a beehive, a piston engine, a hot water system – some to test his ideas and some to address a need. Surprising and challenging opportunities arise along the way and Bergen takes them on, looking for and finding solutions. After Malawi, Botswana and a short stint in Winnipeg, Bergen and his wife then head off to teach in China.

Come journey through history and geography as you follow one man’s steps toward his horizon. 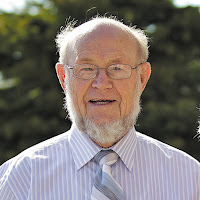 Henry Bergen was born into a Mennonite family near Krivi Rig, Ukraine, in 1931. Life was difficult. WWII brought the German army and relief from Communist oppression. With the German defeat, the whole community fled west in October 1943. His story is captured in his first book, Four Years Less a Day – a WWII Refugee Story.

In 1947, after four years of unsettled living, the family arrived in Canada to start a new life. Formal schooling, beginning as a bit of a slog and a bit late, eventually resulted in a certification as a teacher. That was followed in stages with Bible College and university.

After years of formal study in Canada, Henry would finally turn his attention to his dream of teaching in Africa. Going initially with MCC to Africa, he met his wife, raised a family and taught, first in Malawi, then in Botswana. After some time in Canada, a six year stint of teaching in China ended his professional working life.

In retirement Henry followed his dreams further and worked on debunking Einstein, pursued his creative side by turning wood, continued to help provide food to neighbours – cycling at the age of 87, 1000km in 28 days, on a recycled bicycle, raising funds for orphans – and of course, writing.

ADDENDUM: Since the writing of this book, and after a wonderful 89 years as a good and faithful servant of his Heavenly Father, Henry left his earthly home. He lives on in our memories and our hearts.