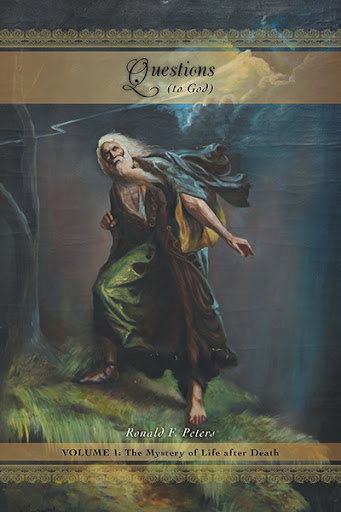 Questions to God Volume 1
The Mystery of Life after Death
by Ronald F. Peters

The Mystery of Life After Death – by Ronald F. Peters

Every persons current body will die. We just don't know exactly when we are leaving. So, where do people go right after they die? What is it like in the next world? What do we need to do, to have a really super life in the other world? Some ecologists, scientists and theologians believe that the earth is beginning to expire and that humans will need to leave this world, possibly in this century. The Bible tells us exactly how it is going to end. Everyone is going to live many trillions of years, after we leave. The time we spend in our current container, is preparation time for the next world. How are we to prepare, to live in our new Spirit bodies? This is a fascinating book. It is perfect for Christian Bible Studies. The entire book is written in “Question and Answer” format .

Ron Peters has a wife and two grownup sons. Ron's wife is from Dublin, Ireland, but they met in Calcutta, India, where Ron was a missionary. Ron has been a Bible teacher in 16 countries. They now live in White Rock, British Columbia, Canada. Ron started collecting information for this book 32 years ago in India.