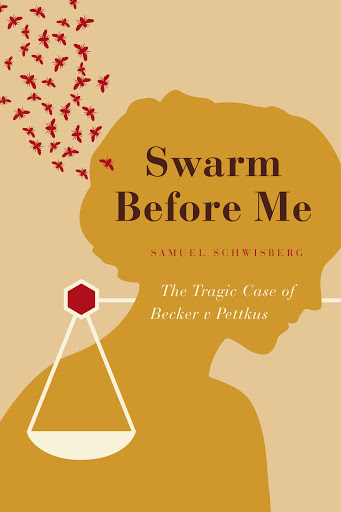 On November 5, 1986, Rosa Becker, the estranged common law partner of a successful beekeeper in Eastern Ontario, shot herself in the head and died. That fatal shot reverberated throughout the Canadian legal system when her suicide note revealed she blamed the legal system for forcing her to do it.

Despite finally winning a landmark 1980 Supreme Court decision awarding her an equal share in the couple’s assets, Rosa never saw a dime of the judgment. By 1986, when it appeared she would finally receive some money after her 12-year legal marathon and the enforced sale of the bee business, the court ordered the much-reduced share of $68,000 be paid in full to her lawyer to cover her legal bills. Despite her many years of paying bills, working and helping to build a successful farm business, Rosa was left with nothing. In desperation, she committed suicide.

Writing in the Ottawa Citizen, Dave Brown observed in his review of this book's original manuscript that he never thought anybody would ever be able to make sense of the truck load of paperwork generated by the case, "..but this has been done by Samuel Schwisberg...its an amazing piece of work...Wow!".

Swarm Before Me is a thoroughly researched legal history that explores the social and legal issues surrounding a period of enormous changes in Canadian family law and women’s rights.

Ottawa lawyer Sam Schwisberg is a part time professor of law at Carleton University. He has led a varied career as a litigator, criminal lawyer, family lawyer, business lawyer, corporate lawyer and legal author. Since 2009, he has headed the legal department of the Canadian Red Cross Society as its General Counsel and is active in the Canadian Bar Association. Originally from Montreal, Sam moved to Ottawa in 1977 to attend law school at the University of Ottawa after obtaining his BA in Political Science from McGill University. He also holds a Masters of Law from Osgoode Hall Law School. He is married with two teenagers and is blessed with a family that has a great deal of patience for the time he spends in writing solitude.