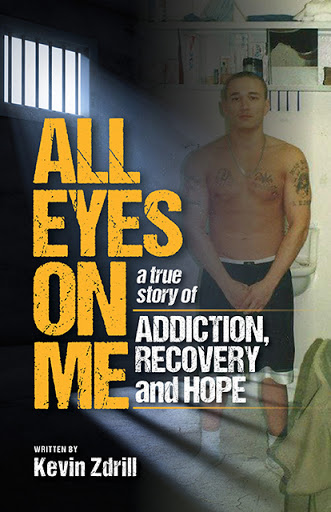 All Eyes On Me
A True Story of Addiction, Recovery, and Hope
by Kevin Zdrill

Vincent Lillie desperately wanted to escape the cycle that was slowly killing him, and the first step was leaving the very gang he had depended on for love and acceptance. The price for escape? A beating so brutal, many don’t survive.

The story of Vincent’s life starts with the destruction of his family at the hands of his father’s sexual abuse, worsens with his school’s discriminatory segregation of him, and deteriorates further with every drug he does, every crime he commits, and each of his incarcerations. With his three brothers stuck in the same cycle, Vincent’s lowest point of addiction came to attempted suicide—twice.

But fate had other plans for him.

At times heartbreaking and at others breathtaking, Vincent’s true story will give you faith in humanity and prove the strength of the human spirit. His slow but steady road to recovery through sheer willpower and determination led him to become a mentor and speaker, motivating kids and adults to become the best version of themselves, and stopping those who are troubled from following in his footsteps. His is an unforgettable story of burning to ashes and rising from them better than ever before—one step at a time.

A raw and honest memoir that will give you hope.

Kevin Zdrill is captivated by the resilience of the human spirit, striving for his writing to challenge preconceptions and influence avenues of change. His books explore the unwavering complexities and angst of human bonding and the resolve of finding solace. His fourth fiction book, The Ukrainian In Me, won the Editor's Choice Award. His twenty-nine years in the financial service and health care industries, continue as an advocate of the people and communities he serves. Kevin lives in Winnipeg with his wife and two children. His family spend summers exploring the outdoors and participating in many of the local events and festivals.