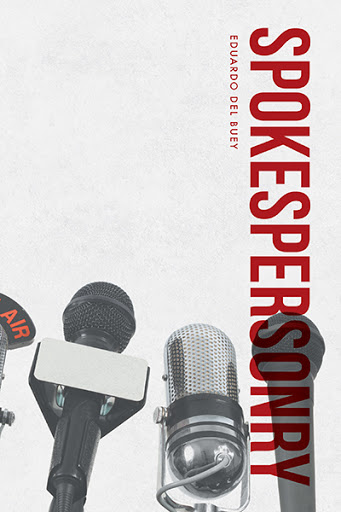 Spokespersonry
A Guide To Connecting
by Eduardo del Buey

SPOKESPERSONRY EXPLORES THE DO’S AND DON’T’S OF PROFESSIONAL “SPOKESPERSONRY” -- THE ART OF BEING A SPOKESPERSON. IT LOOKS AT A NUMBER OF CASES WHERE SPOKESPERSONS AND THEIR ORGANIZATIONS HAVE DONE SOMETHING WRONG OR DONE SOMETHING RIGHT -- ANALYZES THE RELEVANT ELEMENTS OF EACH, AND SHOWS THE READER HOW EACH SITUATION COULD HAVE BEEN IMPROVED TO BENEFIT THE ORGANIZATION INVOLVED. THIS ALLOWS READERS TO WITNESS THE AUTHOR’S MAIN POINTS FIRST HAND, IN THE BELIEF THAT A GOOD STORY IS A MORE EFFECTIVE LEARNING TOOL THAN A THEORETICAL TREATISE.

As the former Spokesperson for the Secretaries-General of the Organization of American States and The Commonwealth, and Director of Communications and Media Relations for both organizations, and, most recently, as Deputy Spokesperson for the Secretary-General of the United Nations, Eduardo del Buey brings a well-honed skill set to your communications requirements.

A graduate of both McGill (B.A.) and Concordia (MBA) Universities in Montreal, Eduardo del Buey has been awarded the Professional Association of Foreign Service Officers’ prize for excellence, as well as the 125th anniversary of Confederation Medal by the Government of Canada for his contributions to the Canadian Foreign Service.

Eduardo del Buey has many years of experience as a senior diplomat and communications director.