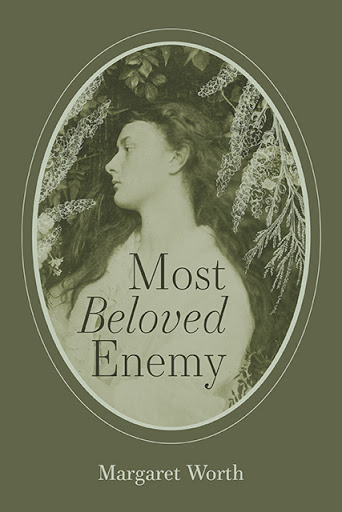 Most Beloved Enemy
by Margaret Worth

When Ada Baldwin watches her mother die giving birth to yet another baby girl, she is changed forever by the experience.

It is 1884 and Ada and her 3 younger sisters must now learn to live without their beloved mama in their midst.

The younger children are not much touched by their loss, but Ada and her next-in- age sister Nell are devastated by the tragedy. They each try to cope in their own way, and Ada finds herself as much in sympathy, as at odds with Nell as they grow into young women.

When their engineer father, Robert Baldwin is recalled to Argentina to continue his work there, it is Aunt Abigail who arrives to run the household. She is a stern, God-fearing woman and her presence in the family highlights poignantly the loss of its warm and loving matriarch. A year later, Robert returns home and announces his intention to move the family to Argentina, as soon as possible.

Once there, they experience extreme culture shock, and both Ada and Nell miss the life they enjoyed in their home in the south of England.

In Argentina Ada encounters loneliness, fresh tragedy and thanks to her sister Nell, she is briefly exposed to nascent women’s rights. In the end Ada seeks her own path towards romance, which leads to a conclusion that no one could have foreseen. This powerful account of the Baldwin’s lives is a gripping story that will keep you reading to the very last word!

Author Margaret Worth took great pleasure from the exercise of telling this story. It is, after all, her own to tell. Baby Edie Baldwin was Margaret’s grandmother, and she learned the details of Edie’s and her older sisters’ lives from her own earliest days.

Born and raised in the south of England, Margaret now makes her home in Canada. She has five children, ten grandchildren, and to date, two great-grandchildren. She also has a somewhat overweight cat named Millie who serves as her writing muse. Margaret is currently at work on a sequel to Most Beloved Enemy that continues the story of young Edie’s life, where this book left off.