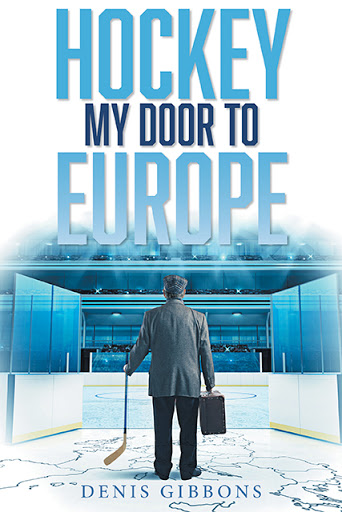 Hockey
My Door to Europe
by Denis Gibbons

Hockey My Door to Europe details the author’s personal - sometimes harrowing - experiences covering international hockey, especially behind the Iron Curtain, including the start of youth hockey exchanges between Canada and communist countries.

The book also provides an in-depth view of the following events:

- The author’s detainment by the Czechoslovak secret police in 1983;

- The nuclear plant explosion in Chernobyl, which occurred during the 1986 World Championship in Moscow;

- The fall of the Berlin Wall, which took place in November of 1989 while the author was in Moscow;

- The uprising in Kiev, Ukraine, which occurred during the 2014 Winter Olympics in Sochi, Russia, leading to Russia’s annexation of Crimea.

During my 45 years in hockey and six Winter Olympics with Denis Gibbons, I have found he reads and speaks the languages necessary to communicate with players from Europe. His research is so thorough we at NBC have learned to trust his information implicitly. – Mike Emrick, five-time Emmy Award hockey broadcaster for NBC.

Denis’ passion and knowledge are second to none. His research has played a huge role in our broadcasts of the Olympics, World Junior and World Hockey Championships. He knows the world of hockey like few others. – Gord Miller, Gemini Award-winning broadcaster for TSN and member of the IIHF Hall of Fame.

Gibbons was one of 14 authors of Kings of the Ice: A History of World Hockey.

In 2014 he was named recipient of the Society for International Hockey Research’s President’s Award for dedication to the preservation of hockey history. He lives in Burlington, Ont., with his wife Chris and their dog Polo.

Hockey has been nominated by our staff as one of their favorite books.