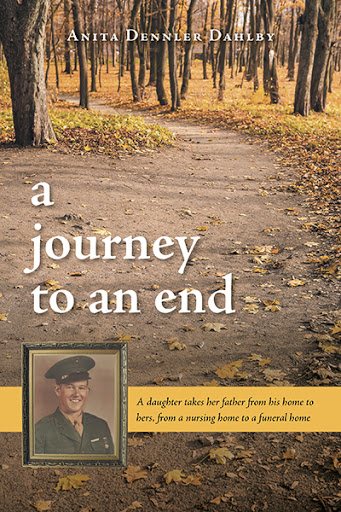 A Journey To An End
A Daughter Takes Her Father From His Home to Hers, From a Nursing Home to a Funeral Home
by Anita Dennler Dahlby

I never planned to be among the populous of adult children caring for their aging parents, but when circumstances as abrupt and unwelcome as a tsunami presented themselves, my elderly father came to live with my husband and me. Not only was our coveted retirement lifestyle interrupted, but I was catapulted into a three-year journey that included many a crisis, painful confrontations, encouraging reprieves, and a closure that can only be attributed to divine intervention. Dementia, cancer, and dependency all became facilitators in fostering an understanding and love of my father that finally gave me an inner peace I never thought possible. There are probably millions of stories. This one is mine.

Yikes! Dad is coming to live with us. 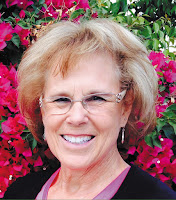 Anita Dennler Dahlby was born in San Diego, California but moved to a farm near Elgin, Iowa at age 13 and graduated from high school there. She earned a Bachelor’s Degree in Elementary Education from the University of Northern Iowa and a Master’s Degree in School Counseling from the University of Missouri – St. Louis, where she learned the value of journaling as a coping mechanism for life’s challenges. Throughout her thirty-four year career in education, Anita remained passionate about helping children. She taught elementary and middle school students, then served as a middle school and high school counselor. During those years she was also a wife, mother of two, and stepmother of two, rarely missing any of her kids’ activities. She has since been blessed with seven grandchildren. After retirement in 2002, Anita and her husband traveled the country in their RV, eventually becoming snowbirds, spending their winters at Golden Village Palms RV Resort in southern California and the rest of each year in their condo in Holmen, Wisconsin near family. She continues to pray, play and write.