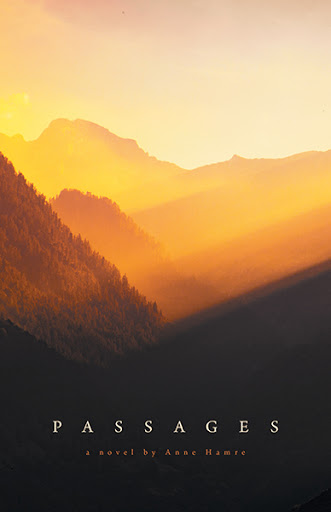 Set in the early years of the 20th Century, when travel was measured in increments of days and weeks rather than hours and minutes, this epic family saga transports readers across three continents—Europe, Australia, and North America. It chronicles not just the disparate climates and lifestyles encountered in such far-flung places and the long passages between them, but the lives that are changed by these travels. We follow Anne Roberts and Frank Evans from their first encounter on Anne’s family farm in North Wales, through the evolution of their friendship, romance, and eventual marriage. While Frank goes off in a multi-continent search for affordable land where he can support the young couple and fulfill his dream of starting a dairy, Anne defies society’s expectations and, acting upon her considerable drive, intelligence, and independence, becomes a school teacher. When the two finally relocate to Canada and marry, Anne demonstrates the same determination, will, and adaptability that allowed her to flourish during Frank’s long travels and many travails and commits all her energy to making their marriage and their future successful.

With Passages, Anne Hamre offers an intricately researched, authentically rendered portrait of both the hardships and the triumphs of the age. Readers will share in the longing felt while desperately waiting for letters bearing news of a distant lover and in the joy—and the uncertain dangers—of discovering friendship among strangers when travelling in faraway lands and across oceans. They will experience the piercing ache of loss near and afar, recognize the myriad sources of a spouse’s worry, feel the lifting of spirit that is found in community, and celebrate the enduring steadiness of a couple’s true love.

Anne Hamre is an historian by training. Passages is a fictionalization based on her grandparents’ lives. Anne grew up hearing the stories of these grandparents who homesteaded in British Columbia’s Fraser Valley, and she feels readers everywhere can learn from their ancestors’ pasts. Anne is the author of a previous fiction collection Stories: Past, Present, and Future. She lives with her husband Bill, her son, Jason, and two cats, Harpo and Chico, in Edmonton, Alberta, where she writes full time.