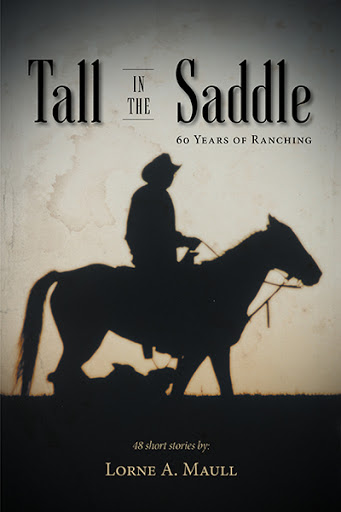 Tall in the Saddle
by Lorne A. Maull

Don’t let fear and common sense stop you from saddling up and riding along for an exciting ride with the 7M Running Bar Author.

48 Hilarious Short Stories take you on a journey to:

• The Ladies Leg in the Bar

• Some of the biggest wrecks on the ranch 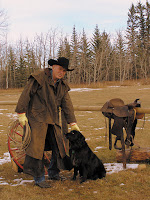 Lorne Maull was born and raised during the depression on an isolated small farm on the Canadian Prairies. He rode horse back four miles to a one-room school for nine years, until it closed.

Being part of the work force at a very early age, he knew what Heritage Farming was all about. Towards the end of the war there was no money, and so he learned to fix and repair everything.

Over the years he has made wonderful friends many of whom were four legged. None of his dogs, horses or hired men ever worked for him, they worked with him.

He attended the Vermilion School of Agriculture, and later bought a quarter of land, started ranching, and grew his enterprise until it was one of the largest in the area.

His life's journey was interesting, in that he was born early enough, and lived in a remote enough area, that there was still a lot of “Wild” left in the West.