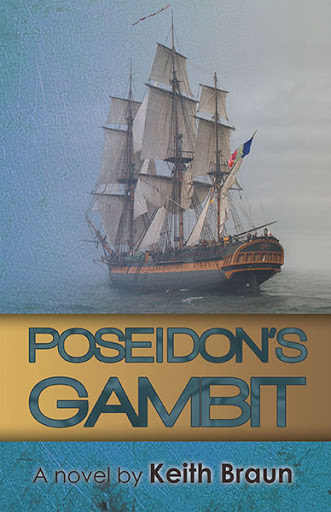 The assembled crew from Napoleon’s Gold is called to an encore performance. While the fragile Peace of Amiens still holds, it is become clear that the French and Dutch in the East Indies are using the great Dutch base at Batavia to supply and encourage pirates and privateers to molest and sink British shipping in the North Java Sea and Straits of Singapore.

Once again Sir Phillip Hollis is entreated to embark his private warships on a covert mission to accomplish what the Government fears to do using the Royal Navy, lest Napoleon exploit it as a cause to resume the war.

Phillip, engaged in preparations for his wedding, is at first less than enthused, yet the lure of an epic adventure, along with the prospect of financial advantage, is hard to resist.

Accosted from the start by assassins, vandals, French frigates and pirates on the high seas, not to mention the Burmese navy, and most pressing of all, a determined young wife, Phillip is beset on all sides in trying to satisfy both military, political, financial, and domestic agendas. Adventure, humour, and romance mingle to the sound of naval cannon and whispered intrigue.

Keith Braun, also the author of Napoleon's Gold, the first novel in the series, lives with his wife Carol, as well as Stella & Oscar, their two schnauzers, in Steinbach, Manitoba. For more information about Keith, his passions, and his books, visit: keithbraunbooks.com.