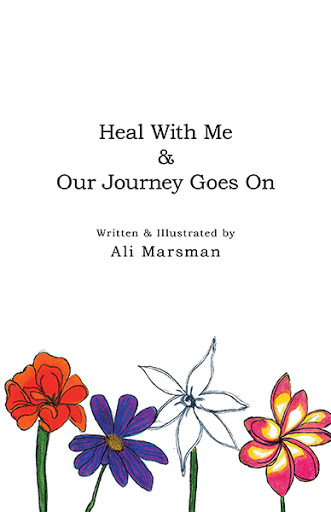 Heal With Me & Our Journey Goes On
by Ali Marsman

This is the third edition to the Heal With Me series. It started as Inspiration Needed…A Book of Poems in 1997; to Heal With Me, and Our Journey Goes On in 1999, and 2001. These books have been a source of inspiration in various schools, organizations, and societies across Canada, and as well as in different households; I hope they will generate the same feelings this time around.

Ali Marsman was born in Nova Scotia in 1978; she spent twenty-five years living there, and now lives in British Columbia. Her first books sent her on a journey throughout Canada presenting motivational workshops and speeches, in schools, group homes, shelters, and within various other organizations and societies.

Ali has received many awards for her writing, and has been profiled in magazines, on television programs, and as well as radio.