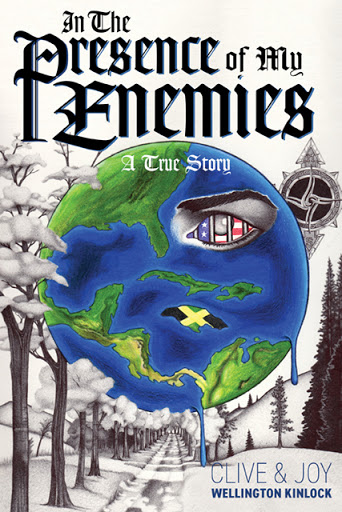 Raised in poverty, forced from his home, and left to find his own way at a young age, Clive Kinlock struggled to keep himself alive, resorting to substance abuse to cope. Realizing the streets of New York City would never allow him to leave that life behind, he moved to Montana to start again. There, he committed a crime that sent him to prison. Coerced into taking a plea agreement, he ended up with a seventy year sentence.

This is the story of one man’s journey to redemption and rehabilitation. From the injustices of his early childhood to the inhumane treatment behind bars, it examines the causes and realities of life in prison. After years of personal struggle, the authors, Clive and Joy Wellington Kinlock, have become powerful voices for prison reform and the benefits of community outreach programs. This compelling autobiography is a call to action and a celebration of resilience in the human spirit, but above all, it is a story of enduring love.

Clive Kinlock was born in Jamaica and immigrated to New York City when he was thirteen. He is currently incarcerated and awaiting parole and is a vocal proponent of prison reform. He met his wife and co-author, Joy Wellington Kinlock, during his sentence, and together they work on an inmate program, Catz in Crisis, which aims to support couples involved in prison relationships. They look forward to his release, and hope to move back to the country of his birth. This is their first book.