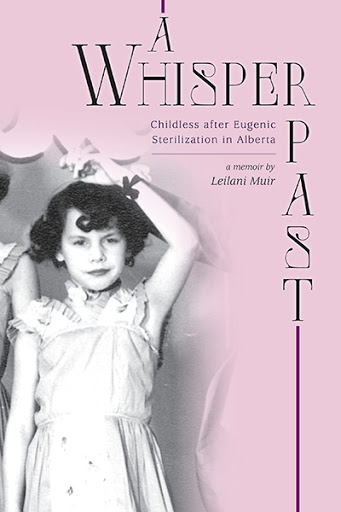 Leilani Muir was severely abused by her mother, who told many lies in order to have her daughter admitted to the Provincial Training School for Mental Defectives in Red Deer at the age of 11 and branded a moron. But Muir never was mentally defective and never should have been in that institution in the first place. Because of a terrible injustice, a normal child became an insider in a mental institution and is now able to convey to us what life was like there in the 1950s. She tells about how she was briefly questioned by the Alberta Eugenics Board and then sterilized by two clumsy physicians under the guise of having her appendix removed. The agony of her many later attempts to have the sterilization operation reversed is described in detail. She eventually launched a lawsuit against the Alberta government and won an important judgement that led to compensation being paid to hundreds of other victims. After the trial, she became a public figure and continues to speak against all forms of child abuse and discrimination against the disabled. This is Leilani Muir’s story in her own words.

Muir lived in several small towns in Alberta until she was sent to the Red Deer institution. The education she received there did not prepare her for life on the outside, but after she left the institution and escaped from her mother’s custody and at the age of 20, she learned quickly and worked in several cities in Western Canada as a waitress, a retail sales person, and a baby sitter, caring for as many as six children at one time. Only when she married did she learn the awful truth about the sterilization. After winning her case in court, her story was featured in a documentary by the National Film Board of Canada. She spoke at several public forums in Canada, The United States and France, and she ran for election to the Alberta legislature for the New Democratic Party. Recently she was designated a Game Changer on the CBC radio show The Currents, and her story was dramatized in the play The Invisible Child at the Edmonton Fringe theatre festival. She now serves as a board member for the Living Archives of Eugenics project at the University of Alberta.