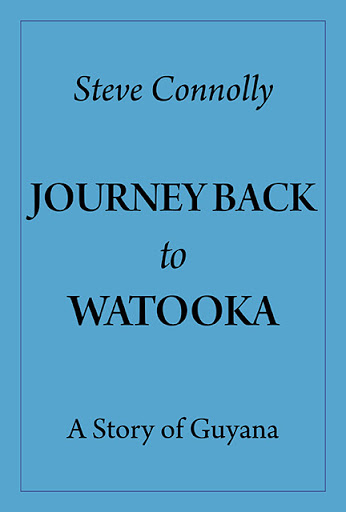 Journey Back To Watooka
A Story Of Guyana
by Steve Connolly

Open Journey Back To Watooka and take a reading leap out of your ordinary world into one that is truly unique, remarkable and mesmerizing ... that of Guyana.

Locate it and master your mind to the magniffcent wonders of rainforest ora, fauna and flying things. Follow the Demerara ‘river of wonder’ upstream to the pulsating heart of bauxite country ... to Linden ...and to Watooka. Understand more about Guyana’s precious bauxite resource, about its history and of how the country, working with Canada, had helped to win WWII by producing aluminium to construct almost 40% of Allied war planes.

Learn about the history and colourful culture of the only English speaking country in South America and the only country in the Caribbean that is not an island. Discover its rich past before, during and a er slavery. Enjoy seemingly endless stories of amazing people of six races entwined with history and achievement, not only in the country but also around the world. Counting explorers, slaves, quoted notables, common folks, politicians, government and business VIPs, engineers, academics, clergy, authors/poets, Amerindians, social workers and others, over 800 names are given mention.

Enjoy this reading journey ... this ’story of stories’ written by a master story teller. And, learn about the promising future for this third world country about to cross forth into a first world future. 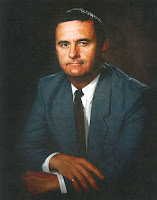 Author Steve Connolly was born in 1943 in Mackenzie, British Guiana, to Canadian parents.

His family left British Guiana when he was only four months of age when they subsequently had lived in Arvida, Quebec, Canada, and then in Texas City, Texas, U.S.A.

The family returned to British Guiana in 1950 for three years, and it is this period of time that the author fondly remembers and that gave him the impetus to write Children Of Watooka and Journey Back To Watooka.

The author enjoyed his teenage years at Kitimat, British Columbia, starting in 1954. He obtained his degree in advanced electrical engineering from the University of British Columbia in 1965 and since then obtained management training at several other universities.

Upon graduation, he worked almost five years for Computing Devices of Canada in Ottawa helping to design/develop anti-submarine warfare technology for Canadian destroyer ships. By 1982, he had risen to the V.P. level at the Bank of Montreal in Toronto in the function of computer systems and operations. Later, he managed large informatics organizations in two ministries of the Federal government in Ottawa before his last work posting as Assistant Commissioner for Informatics with the Royal Canadian Mounted Police.

After forty years in the field of computer systems, he retired with his wife, Carolyn, at their farm in the Gatineau Hills of Quebec. They have two children, Todd and Julie, and five grandchildren.