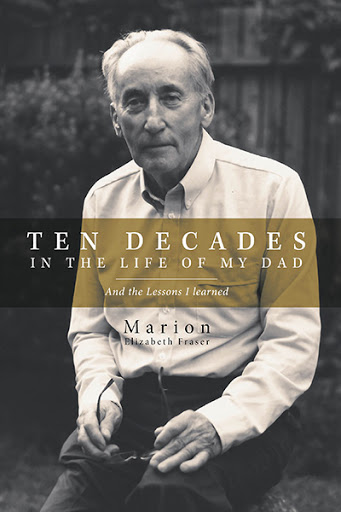 The 20th century heralded the greatest technological changes of any century. My Dad lived through virtually all of it - from 1898 to 1997. He served in two world wars and raised two families. Even though my Dad was a quiet man, he shared with me his stories and he shared with me his soul. His advice was always sage and he took a deep interest in the lives of his children, his grandchildren and his great grandchildren. Aside from his military service, he was a self employed man - home builder, farmer, logger. This book views the 20th century through his eyes. For me it was a labour of love and an opportunity to revisit the many lessons I learned through knowing him, his life, his hopes, his dreams and his disappointments. His only regret in life was not completing his science degree at Queen’s University. He was in the class of ‘23, enrolling after returning from his overseas service in World War I in which all three of his brothers were wounded. He rarely talked about war, except to say it was a waste.

Dad had a great sense of humour. He loved to read and enjoyed good movies and in his later years we watched many movies together. But mostly he worked hard. He always did whatever was necessary, but only after thinking the task through and figuring out the best way to accomplish his goals.

This is Marion Fraser's first book. It was written over a period of more than 12 years while she continued her full time job working toward a more sustainable energy future for Ontario and Canada. Each holiday added more chapters. She began writing it in Tain, Scotland where her great grandfather was born in 1810. Other chapters were written in the Ottawa Valley and in Muskoka; some were even written on a Caribbean Cruise - anywhere she could see water. Growing up on Manitoulin Island gave her a deep appreciation of nature which she learned from her father. Since 1970, she has lived and worked in Toronto, Ontario. In university, she pursued history and Canadian Studies at Glendon College before getting a Master's degree in Public Administration from Queen's University in Kingston. Marion has been awarded numerous honours for her work on energy conservation, but she considers this book, her most important accomplishment. She has written it for her Dad's great grandchildren many of whom only got to meet him when they were very young if at all. She believes that one's sense of self is inextricably linked to one's sense of history, particularly a sense of social history.