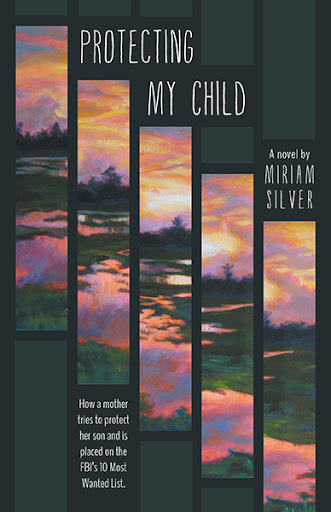 Protecting My Child tells the story of Miriam, a young woman who falls in love and later discovers that the man she loves is a stranger with a terrible, destructive secret that threatens not only her life, but the life of their son.

For years to come, Miriam will experience an abusive relationship, a bitter divorce, and the turmoil of a court system that fails to do what’s best for herself or her son. Beaten, desperate, and terrified, Miriam takes drastic action… action so drastic that it earns her a place on the FBI’s Most Wanted List.

Through epic battles with a corrupt judiciary and personal strife, Miriam will discover a strength she didn’t know she had, and find connection with a God she never before believed in. Through her remarkable story we see the lengths of a mother’s love and the triumph of the human spirit over adversity.

I am a woman, mother and artist who earned a BFA degree in painting from Pratt Institute of Art. I’ve exhibited throughout the United States, have won several awards, artist fellowships and artistic recognition by various art organizations, including the Artist Magazine. I am classically trained which has allowed me to teach drawing and painting to all age groups. I have always been an involved citizen standing up for what I felt was right and just, which led to my organizing protests, helping women cross picket lines at Planned Parenthood, teaching art at Battered Women’s shelters and at maximum security prisons for men. When I found myself entangled in the family court system I joined together with other parents including the National Organization for Women to form a court watch group. We also started a group called Families Against Court Travesties (FACTS) which helps desperate parents navigate through the murky waters of the family court. Our goal is to bring attention and awareness to a system wrought with corruption and cronyism that hides behind the mask of “discretion.” Most people are ignorant of what really happens to children in family court and the everlasting damage that is done with impunity.