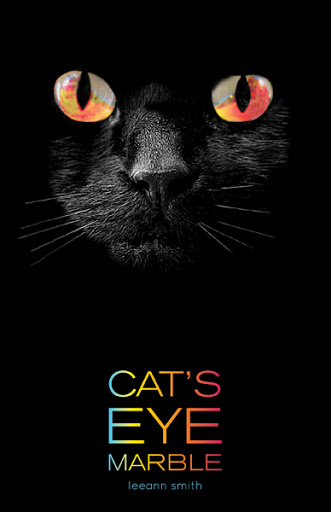 Dani learned much too young that fairy tales do not exist for some kids. With an abusive, alcoholic mother that blames her daughter for her own shortcomings and a father that turns a blind eye in order to maintain his own sanity, Dani’s only means of survival is to escape within her mind. After five years of living in hell, Dani finally catches a break. A new family, a new home, and a new life give her the childhood she never had. Just as it seems her life has turned around, fate has other plans. When it all unravels, a teenage Dani sets out on her own. With nothing left, she finds an unlikely hero ready to rescue her from herself and her past. Will Dani be able to put her ghosts to rest or will the past force her to a last resort—revenge?

Cat’s Eye Marble is a heartbreaking journey showing the power of a child’s mind to survive the unspeakable as well as what happens when the walls of defense come crumbling to the ground.

Leeann Smith grew up in a small Alabama town much like the fictional Hope. She witnessed the intimate bonds developed in the rural South, as well as how tightly the secrets of child abuse are too often held. Cat’s Eye Marble was inspired by many people revealing their histories of child abuse.

The basis for the book danced through her mind for years but never seemed to come to life, until while gardening, she unearthed a long forgotten marble. The marble gave birth to thoughts of how children often survive childhood traumas. “Child abuse survivors often describe almost an out of body experience during their abuse, as if they were outside themselves, seeing the abuse happen to someone else. That was where Dani’s magical thinking in regard to the marble came into play. Through countless atrocities, she was able to endure because she believed the marble would save her.”

Cat’s Eye Marble is not an account of one particular person’s struggle, but a combination of many with a will to live greater than their abusers’ tortures.