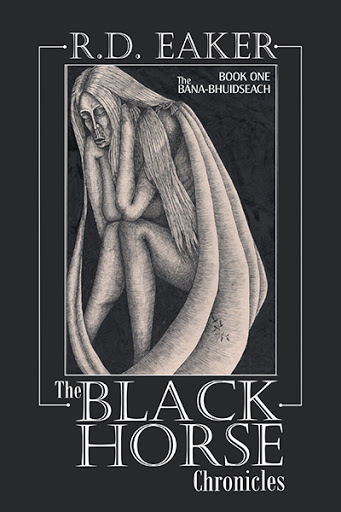 The Black Horse Chronicles
Book One / The Bana-Bhuidseach
by R.D. EAKER

A cursed village lies on the outskirts of an ancient forest, where evil smolders in anticipation of its awakening. An innocent girl finds herself to be the catalyst which brings about ‘The Demon War’ most thought would never occur. Her journey from mundane existence to the phantasmagorical world of wizards and dragons changes the very fabric of reality, and her own ethos. Neither she nor the world will ever be the same again.

In my travels to Scotland I found a story that needed to be told about a man called the ‘Brahan Seer’. Twenty years previous, I wrote a series of songs depicting such a character and the world he came from. When I discovered him to be real, I felt as if the old wizard had reached out to me to tell his story. I hope somehow he knows I’ve tried.

The Black Horse Chronicles has been nominated by our staff as one of their favorite books.