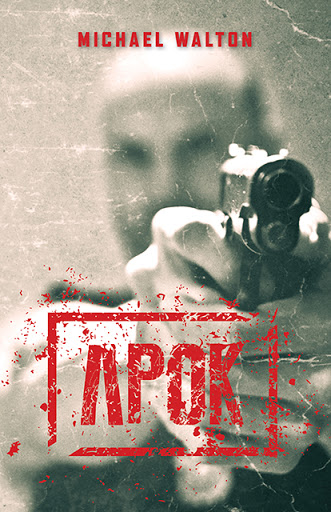 Eight year police veteran Miguel Mejia aka APOK made a split second decision that affected a country and ruined his life. After two years in prison this former military special operative is visited by Carrie Warren. Taking the assignment this young zealous news reporter expects instant glory interviewing the ‘KILLER COP’. Before Carrie can release her story, extremists trap her into a dark, twisted society. Unable to escape, she watches helplessly while thousands die.

As Terror grips the world, APOK has no alternative but to escape and evade a lynch mob hunting him while taking matters into his own two hands.

Michael Walton is no stranger to the sensation of adrenaline pumping through his veins while in the midst of car chases, house raids, gun point take downs, wire taps, and undercover operations. Facing the challenges of drug enforcement, gang land turf war, child rape and murder, firearms trafficking, and internal affairs, he became all too familiar with the dark side of society. Having worked 13 years in the trenches as a police officer he has been awarded 2 performance commendations 2001, 2002 and two Commissioner’s Commendations 2007 and 2009 for his contributions as an investigator.

Pushed by his desire to learn and expose his mind to new experiences, Michael took to the streets like so many others wanting to make a change. With each investigation he began developing novel ideas. Finding time to write during these high profile investigations was nearly impossible at times.

Michael finally started putting pen to paper writing in January 2011. Later that same year a near death incident left him unable to return to work. After being told there was a possibility that he might never enter the field again, Michael turned his complete focus to writing between medical appointments and eventually had a first draft of APOK complete.

APOK has been nominated by our staff as one of their favorite books.