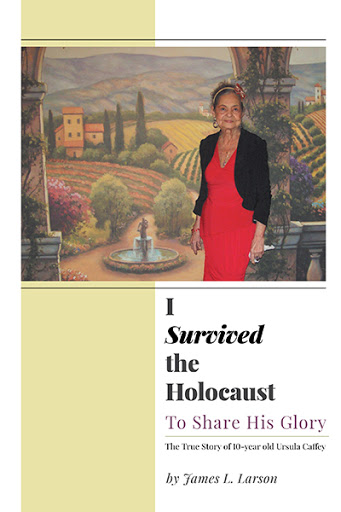 I Survived the Holocaust
To Share His Glory by James L. Larson

What was it like for a 10-year old Jewish girl to experience the Nazi Holocaust in 1945? Or, to face suicide, adjusting to a new life in America, an unhappy marriage, epilepsy, and losing 7 of 8 children? The author has coaxed out all the heart-wrenching stories from Ursula Caffey in explicit detail, and on this journey you will discover the secret to her survival grit and conquering spirit. This is a story of unbelievable pain replaced by hope, redemption, and victory.

“I don’t believe that the big men, the politicians and the capitalists alone are guilty of the war. Oh, no, the little man is just as keen, otherwise the people of the world would have risen in revolt long ago! There is an urge and rage in people to destroy, to kill, to murder, and until all mankind, without exception, undergoes a great change, wars will be waged.”

“Some people like the Jews, and some do not. But no thoughtful man can deny the fact that they are, beyond any question, the most formidable and most remarkable race which has appeared in the world.” 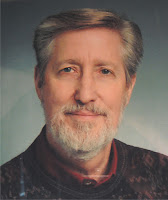 James graduated from NCBC in Minneapolis, Minnesota in 1965 with a degree in theology. Married to Lois for 41 years, they have 3 children and 9 grandchildren. He administrated Nursing Homes for 9 years in Minnesota and Texas. James and Lois owned and operated an engraving business in Dallas, Texas for 40 years. He is an ordained minister of the Gospel and now retired, living near Paris, Texas.

I Survived the Holocaust will be available in the FriesenPress Bookstore soon.