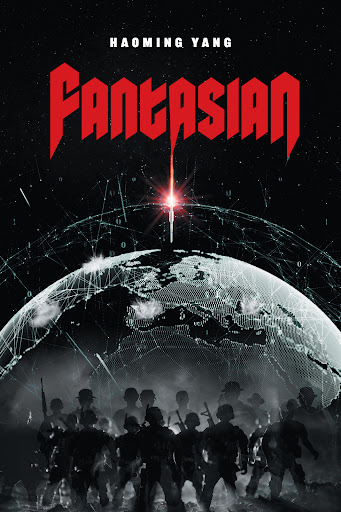 From the moment he’s born, it’s clear that Winston Siller is different from other children— drastically different. Before he’s one year old, he’s able to read and reason and speak in complete sentences—not to mention consume pancakes. That’s because his grandfather was subjected to experiments under the Nazis that were aimed at making people stronger, smarter, and more loyal. These changes were passed down to Winston through his DNA. Due to his precocious nature, Winston is bullied by other kids, particularly Tomas. This causes a “demon” of anger and resentment to grow in Winston. After discovering the writings of Adolph Hitler, he vows one day to make himself supreme leader, so no one will ever be able to bully him again. After winning acclaim as a soldier in the Unification War, which sought to reunite the two warring factions of Canada that are at odds with each other regarding the COVID-19 pandemic, Winston manages to take over the government and form his own political party. From there he seeks to centralize power under a single totalitarian rule. He convinces the United States to help him conquer Western Canada. Then he sides with Germany and Japan to take over America. Once again, he is victorious, but in the process he has made Canada’s economy utterly dependent on war, and he eventually has to set his sights on Europe. Meanwhile, Peter, a boy who has been reading what he assumes is a novel about Winston’s life discovers that it’s not actually a fictional story after all. In fact, it’s a true history of events in a parallel universe. Not only that, the book didn’t fall into Peter’s hands by chance. He and his uncle are actually a bridge not only to that parallel universe but to another one as well.

Haoming Yang, also known as Mickey Yang in school, who is just thirteen years old when he finished writing the novel, first got the idea for this novel from a dream. He saw it as a golden opportunity to explore one of his favorite subjects, politics, and to tell a story that illustrates why war and violence should be the last option to resolve conflicts between nations. Mickey lives in Burnaby, British Columbia, with his parents. When he’s not writing—or going to school—he enjoys skiing, shooting, going to the gym, and video games. This is Mickey’s first novel.